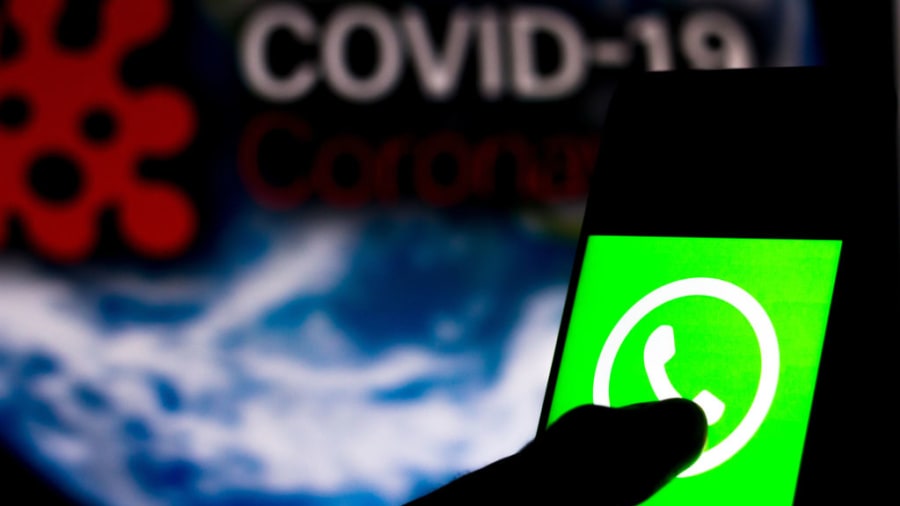 (cnbc) – WhatsApp is tightening its limits on message forwarding even further, in a bid to stem the spread of misinformation amid the coronavirus pandemic.

The Facebook-owned messaging app is expanding on global measures it put in place last year which restricted the number of times people could pass on frequently forwarded messages to five chats at once.

The company has now reduced the amount of chats to which users can share frequently forwarded content to just one at a time. It announced the new changes in a blog post Tuesday.

“We know many users forward helpful information, as well as funny videos, memes, and reflections or prayers they find meaningful,” said WhatsApp. “In recent weeks, people have also used WhatsApp to organize public moments of support for frontline health workers.”

“However, we’ve seen a significant increase in the amount of forwarding which users have told us can feel overwhelming and can contribute to the spread of misinformation. We believe it’s important to slow the spread of these messages down to keep WhatsApp a place for personal conversation.”

The attacks resulted in the U.K. government urging social media platforms to take action to combat the spread of such false claims. British Culture Secretary Oliver Dowden is due to meet with tech companies this week to grill them on 5G and coronavirus-related misinformation. CNBC understands that Facebook is set to attend the meeting.

It’s not the first step the company has taken to combat misinformation about the disease. Similar to some other social platforms, Facebook has for instance been working with the World Health Organization and other health institutions to provide accurate information to its users.

But it’s proven harder to rein in the spread of fake news on WhatsApp. That’s because Facebook isn’t able to actively view and moderate content on WhatsApp due to the app’s end-to-end encryption. WhatsApp says its labeling of messages that have been frequently forwarded can help users identify rumors and false information.

WhatsApp said that its previous limits on message forwarding also “led to a 25% decrease in message forwards globally at the time.” The platform began imposing curbs on content sharing after the spread of online rumors in India led to a wave of killings and lynching attempts in 2018.

According to Kantar, the app saw the greatest gain in usage among social networks as the coronavirus outbreak forced people to stay at home due to global “shelter in place” measures.

The virus, which originated from Wuhan in China but has fast spread to other countries across the globe, has claimed the lives of at least 74,856 people, according to Johns Hopkins University figures, while a total of 1,350,523 have been infected.