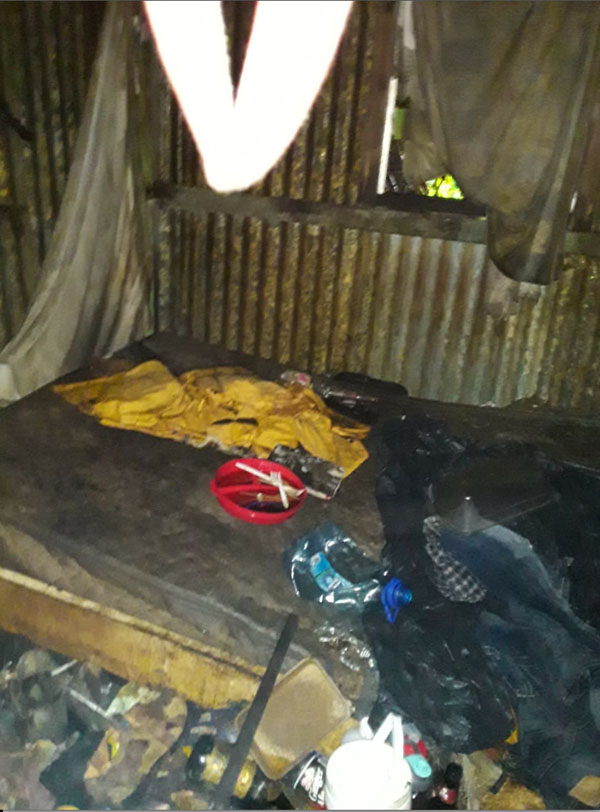 Heavy rainfall over the past two days has left some of the most vulnerable persons in society calling out for help.

A number of people with varying disabilities have been displaced by the severe flooding which continues in the most western parts of the island.

Amputee Sharon Walters lives in St Johnston’s Village. Unable to move on her own, she told Observer, “My house is leaking and the whole place flood out and I’m crying out and I need some help”.

The rain has affected Kenroy Phillip, of Central Street, in the same way.

He said he is unable to stay indoors because his house is leaking from the heavy rains and his clothes are soaked from the flooding.

“Me nah hab no house. For the past couple of days ah pan de street me dey,” said Phillip who suffered from a stroke years ago and is now paralysed on his left side.

Jeannie Harris, of Yorks, who is unable to walk said, “yesterday the flood came and nobody was there to assist me”.

There would be no assistance coming for Kemoy George, who suffers from spina bifida, either.

Plagued with a badly leaking roof, he made a plea, expressing, “I am appealing to the government and everyone out there, persons with disability we need a little assistance, especially with this rain. We can’t do anything to get out of our own place”.

Bernard Warner, President of the Antigua and Barbuda Association of Persons with Disabilities, said he was hoping that there would be some sort of provision, or at the very least a roll call by the government and others, regarding assistance for disabled people affected by the weather.

“We do have a large population of underprivileged people who are living in deep poverty with homes that are so dilapidated … Most of them don’t have cellphones … and I am very worried that these people are just left alone without the necessary government assistance,” he explained to Observer.

Warner said he has been trying to reach some of them to offer whatever assistance he can. However, he added that the situation is now bringing to the fore the fears of the disabled community – some of whom have been begging for assistance to repair their homes for years.