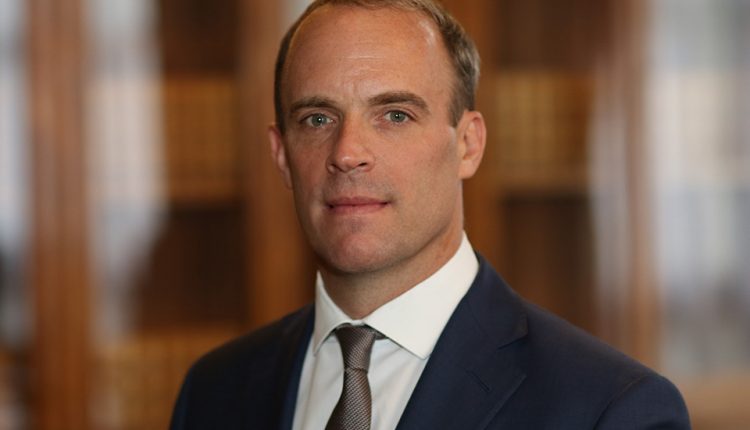 (newsroom.gy) – The United Kingdom (UK) has thrown its support behind its Western allies calling for the March 2 General and Regional Elections results to be declared based on the validated results procured from the national recount.

“It has been over 4 months since the people of #Guyana went to the polls – a result is still pending. The Elections Commission should declare on the basis of the @CARICOMorg scrutinized recount. Guyana deserves an election result that reflects the will of its people,” U.K Foreign Secretary and First Secretary of State, Dominic Raab tweeted on Thursday.

This call follows an announcement that the UK has activated the processes to impose sanctions on top Government and elections officials for undermining Guyana’s democracy, as pressure builds on President David Granger to concede defeat and allow the swearing-in of the PPP’s Dr Irfaan Ali.

On Wednesday the United States (U.S) announced that it would be revoking visas for those individuals in keeping with its promise to impose sanctions on anyone undermining this country’s democracy.

On the same day, Canada also issued a stern warning that it would use “all tools at our disposal” to hold accountable those who prevent a declaration of the recount results.

Those results, which have been validated, show that the PPP won the elections by more than 15,000 votes.

In late March, after two fraudulent attempts by top GECOM officials to hand the APNU+AFC a victory, Raab had said that any government sworn in on those fraudulent numbers would face “strong international condemnation”.

“If the situation continues to deteriorate, this international response will include a range of serious consequences for those concerned,” he added.

The UK Foreign Secretary highlighted too that the “UK remains ready, along with its partners, to assist in ensuring a credible process that provides the democratic outcome that the Guyanese people deserve.”

During that time, Clairmont Mingo, Returning Officer (RO) of District number 4 – the country’s largest electoral district – had illegally and fraudulently inflated numbers for the APNU+AFC and deflated the PPP’s to hand the former a victory.

These attempts at electoral fraud were exposed during the tabulation, using the Statements of Polls in the possession of contesting parties, and again confirmed during the national recount exercise.

Those fraudulent numbers have since been set aside by Chair of GECOM, (rtd) Justice Claudette Singh, who has since made four requests to the Chief Elections Officer (CEO), Keith Lowenfield, to submit his final report reflecting the results of the recount.

The APNU+AFC has since taken this to the High Court, asking the Chief Justice to allow for a declaration to be made based on those fraudulent numbers to give them a victory.