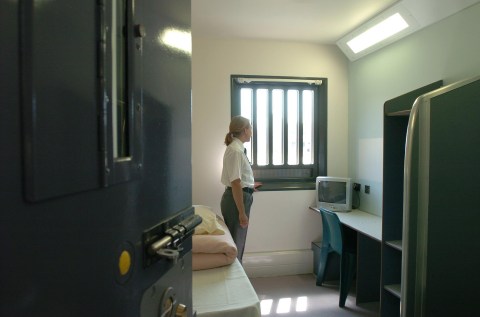 (Huffington Post) – Pregnant prisoners are set to be released from prison to protect them and their unborn children from coronavirus, the government has confirmed.

The Ministry of Justice said “within days” inmates that do not pose a threat to the public and were expecting a baby would be granted a temporary order.

New mums in mother and baby units “meeting the same risk assessment” will also be released with their children, the department said.

It comes amid growing concern that pregnant women – classed by the government as vulnerable to coronavirus – remained in jail where it is feared the disease may be able to spread quickly in cramped conditions.

Some claimed that other prisoners were showing signs of infection and that there was little soap available.

Justice Secretary Robert Buckland said: “We have already taken extraordinary measures to protect prisoners and the public over the last few weeks, but it’s clear now that we must temporarily release pregnant woman and those with small babies with them inside prison.

“Governors can now temporarily release pregnant prisoners so that they can stay at home and reduce social contact like all other expectant mothers have been advised to do.”

The MoJ said on Monday that 65 inmates had tested positive for coronavirus in 23 prisons.

Public health chiefs in England, Scotland, Wales and Northern Ireland confirmed a further 393 people had died from the disease, bringing the UK death toll to 1,801.