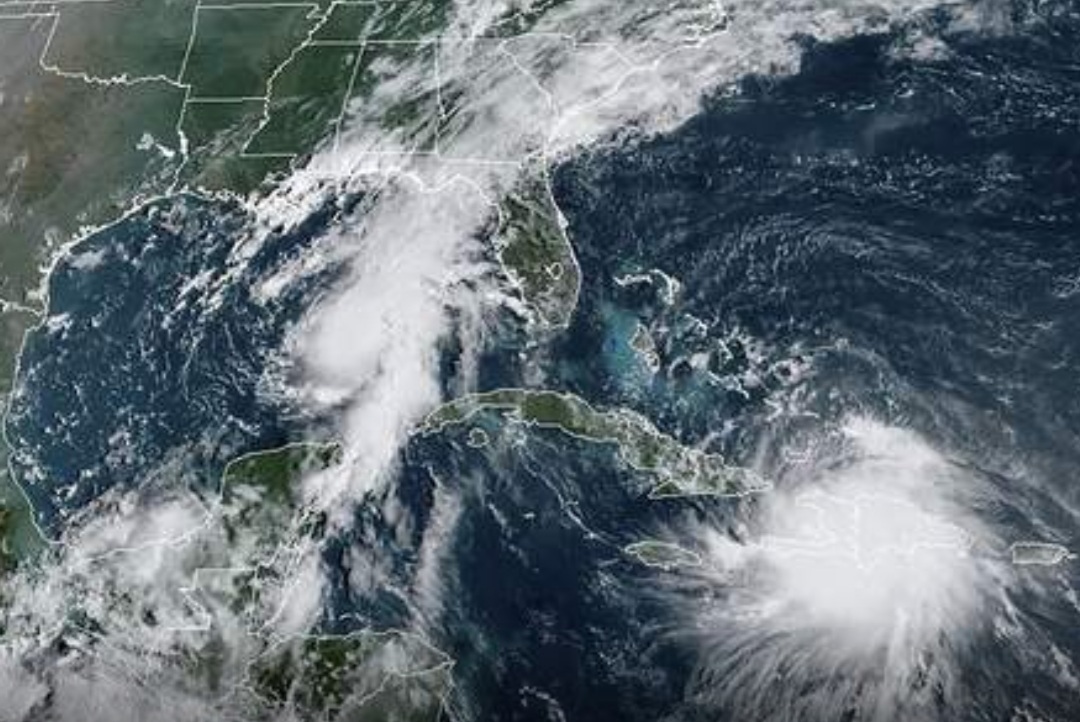 (AFP) — Two hurricanes are forecast to slam into the US Gulf Coast in the coming days, forecasters said Sunday, threatening torrential rain, high winds and flooding across the region.

US media said twin hurricanes were unprecedented in the Gulf of Mexico since records began 150 years ago.

Tropical Storm Marco strengthened into a hurricane with winds of 75 miles (120 kilometres) per hour, and is predicted to hit the state of Louisiana on Monday.

Tropical Storm Laura hammered Haiti with heavy rain, killing at least five people, and is set to become a hurricane on Tuesday that could hit the same US coastal region on Wednesday.

The US National Hurricane Center (NHC) said Storm Laura was “bringing torrential rainfall and life-threatening flooding” to Haiti, which shares Hispaniola island with the Dominican Republic.

A 10-year-old girl died on Sunday morning in Haiti when a tree fell on a house, according to authorities. They said some homes were flooded and evacuations were underway due to Storm Laura, which earlier passed over Puerto Rico.

A woman was swept away in southeastern Haiti while trying to cross a fast-flowing river. And a woman and two men were killed in the capital Port-au-Prince due to the storm, though no further details were given.

With brown water up to their knees, some residents tried to save what they could from their flooded homes, while street traders saw their goods washed away.

“I didn’t know there was bad weather forecast. We don’t often have electricity in my neighbourhood so I couldn’t follow the news on the radio,” said Sony Joseph, trembling with cold.

The Atlantic storm season, which runs through November, could be one of the busiest ever this year, with the NHC predicting as many as 25 named storms. Laura is the 12th so far.

Haiti, a country of 11 million, has seen a relatively low incidence of COVID-19 — with just over 8,000 cases and around 200 deaths to date — but authorities urged caution to prevent further spread in the aftermath of Storm Laura.

“Wear your masks and respect distances, especially in temporary shelters,” Interior Minister Audain Fils Bernadel said at a briefing Saturday. “With COVID, we have considerably less capacity in our shelters.”

Storms pose a serious risk to Haiti every year from June to November. Even a heavy rainfall can threaten the country’s poorest residents, many of them living in at-risk zones, near canals or ravines that can be obstructed by debris and quickly overflow.

The NHC said on Sunday that “data from an Air Force Reserve Hurricane Hunter aircraft indicate that Marco has strengthened into a hurricane with maximum winds of 75 mph (120 km/h) with higher gusts”.

Marco is predicted to weaken rapidly after moving inland across Louisiana on Monday and Tuesday.