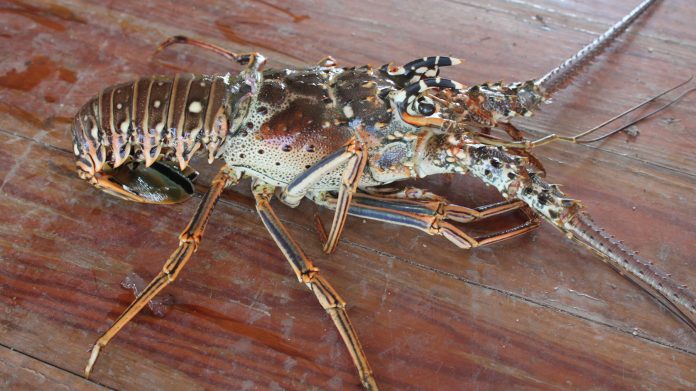 Whether it’s salad, ceviche or thermidor, for many tourists a Caribbean vacation is not complete without sampling one of the region’s iconic culinary offerings – lobster.

But soaring demand for the crustacean from overseas is driving up prices and translating to a dearth of supplies for many local businesses.

While Antiguan fisherfolk are welcoming the chance to snare more dollars for their catch, restaurateurs and tour operators say the upward trend is taking a bite out of their profit.

Several restaurant owners told Observer they had been experiencing lobster shortages in recent weeks, particularly as the country welcomes an unseasonal influx of holidaymakers.

“It’s like a bid at the moment – the lobsters are going to whoever is willing to pay the most,” says Lucrecia Weekes, of Miracles restaurant in Valley Road.

“The price has gone up from EC$15 a pound to EC$26. A lot of it is to do with exports; one man in particular is buying much of it up and offering fishermen quite a bit more money,” she explains.

“It’s having a very big impact and the demand is there but we just can’t supply. Our guests tend to want seafood but getting lobster has been quite difficult recently.”

Weekes says the restaurant – which has an array of lobster dishes on its menu including grilled, jerk and curry – is reluctant to put up its prices for fear of deterring customers.

The growing affluence of China’s middle class in recent years has given more people in the Asian nation a chance to expand their culinary horizons. Many of the locally-caught lobsters which would have traditionally served the Antigua and Barbuda market are now being flown thousands of miles away to satisfy Chinese palates.

“I would normally run through 120 pounds of lobster a week, which is roughly 60 lobsters,” he tells Observer.

“But the fishermen I have been dealing with for years are now telling me the catch they have is reserved for somebody else and is not for sale. It’s going to two guys who then sell it to the Chinese.”

Hector says he is now forced to go through a middle man rather than dealing directly with local fisherfolk, and instead of the EC$15 per pound he used to pay he must now fork out EC$22.

“We need a balance on how much is shipped overseas and how much stays here. The Chinese are paying so much more money for the lobster so the fishermen naturally pass that high price onto the locals,” he continues.

“It’s taking a chunk out of my profit.”

John Karlsson, owner of Al Porto restaurant – which features lobster pasta and whole grilled lobster among its menu items – says the Jolly Harbour-based establishment has been suffering a deficiency since the lobster season reopened on July 1.

“We experience a lack of lobsters quite often. There have been rough weather conditions a couple of times, but that cannot be a full explanation for all this shortage,” he says.

One English Harbour-based eatery told Observer that fisherfolk’s prices for the crustacean had increased from EC$17 to EC$22 per pound – and that the restaurant hadn’t been able to secure any at all for several days earlier this month.

And a spokeswoman for Beachlimerz at Fort James Beach also testified to a “fall off” in supply.

“Over the last couple of weeks there appears to have been a bit of a shortage; we aren’t quite sure what caused it,” she added.

Fisherman and seafood distributor Dale Stoute confirms that prices are indeed on the up due to a burgeoning lobster export market.

“We could not depend on the local market – especially during low season – and exporters began to fill the gap; they would take our lobsters when local restaurants could not, so the prices were negotiated between local fishermen and the exporters,” he explains.

A major exporter of local seafood is the Shell Beach Seafood Company on Burma Road, which specialises in the sale of live Caribbean spiny lobsters.

For fishers like Stoute, the shift is seen as vindication after years of hard work with low profit.

“The standard of living for fishermen has always been significantly better overseas than in Antigua.  Before Covid, fishermen in St Kitts were getting EC$18 to EC$22 per pound of lobster while we were getting EC$13-15. Now we get EC$18-22,” he says.

“Local restaurants are just not willing to pay what exporters will.”

It’s not just Antigua feeling the change. Devon Warner, chairman of the Barbuda Council’s fisheries committee, says the sister isle is also seeing healthier revenue from one of its most prized products.

“Exports have rebounded almost back to pre-Hurricane Irma levels,” he tells Observer. “And the export price has increased too, from EC$16 or EC$17 per pound to EC$20.”

The sister isle sends live lobsters by air to nearby French territories such as Martinique and Guadeloupe, along with Asian countries including China and Japan, Warner says.

Others worry about the pressure the trend could have on local marine stocks.

Tour operator and environmental activist Eli Fuller says greater emphasis should be placed on the cost to the ocean, rather than on the wallet.

Campaigning by local environmentalists some years ago resulted in an annual closed lobster season through May and June each year to give populations a chance to recover. From May 1 to June 30, people are not permitted to catch, sell, buy or possess Caribbean spiny lobster.

Many, like Fuller, think the closed season should be longer.

“The point really is, can we export this much lobster and expect to continue indefinitely? Will people’s livelihoods last? Is this model sustainable?” he says.

“Do we have scientific proof that what we are doing now is not going to wipe out lobsters for future generations?”

Stoute says his own concerns are less to do with pressure from exports and more to do with unscrupulous fishing practices.

“Some fishermen have no respect for the size of a lobster or if it has eggs. A few local guys go directly to where they’re breeding,” he explains.

“If we pull up a lobster with an egg or which is undersize, we throw it back overboard; that’s the responsible thing to do,” he adds.

A spokesman for the government’s Fisheries Division conceded that extending the lobster closed season could be beneficial, but said the department was confident local stocks were not being depleted.

Fishers who fall foul of regulations – such as operating out of season or removing lobsters less than 95mm long – risk hefty fines up to EC$50,000, he said.

He added that caps on exports are essentially already in existence by virtue of the fact lobsters are only exported by air, rather than sea, restricting the quantity that can be sent overseas.

Local environmentalists, fishers and restaurateurs alike will be hoping that that’s enough.