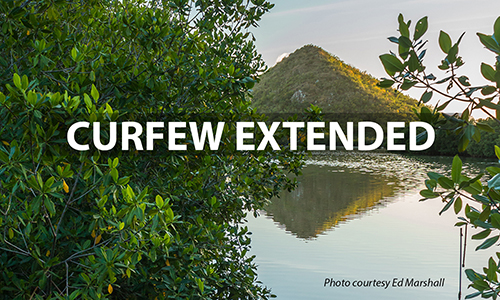 The Government of Antigua and Barbuda has declared a national state of emergency for the third consecutive time since March.

Residents could be required to abide by regulations and restrictions established under the measure until October 29.

The decision was made on Thursday after several hours of debate from both benches and was ultimately extended for a maximum of three months – but without support from opposition members.

The 10 MPs on the government side voted to adopt the resolution while opposition United Progressive Party (UPP) MP Jamale Pringle voted against it, and MP for the Barbuda People’s Movement (BPM) Trevor Walker abstained.

From the start of the debate, Walker said he did not agree with the length of time that the government wanted to keep the country under a state of emergency, saying the resolution should be passed for a maximum of 30 days.

Walker claimed residents did not fully understand why the measure was being maintained, and that the government had not adequately explained the reason for the extension.

On Tuesday, a group of civilians gathered outside the parliament building to picket the impending extension, arguing that it was unfair for the government to keep the country’s borders open to tourists while residents remained restricted from going about their normal lives.

They questioned the equity of the government’s decision to open borders which has tripled the number of Covid cases in the country.

On Thursday, government MPs suggested that the picket was aided by the rhetoric of the opposition party.

Pringle strongly denied those claims and said that by extending the state of emergency the government was seeking to control the police force.

He however argued that the people were aware of what the government was doing and were “rising up”.

“We had nothing to do with that protest and you’re trying to say that it’s the opposition influencing to protest. The young people of this country are waking up – they’re woke,” he declared.

A state of emergency enables the government to restrict mass gatherings, amend curfew hours, police the wearing of masks, and other activities deemed necessary to reduce the spread of Covid-19.