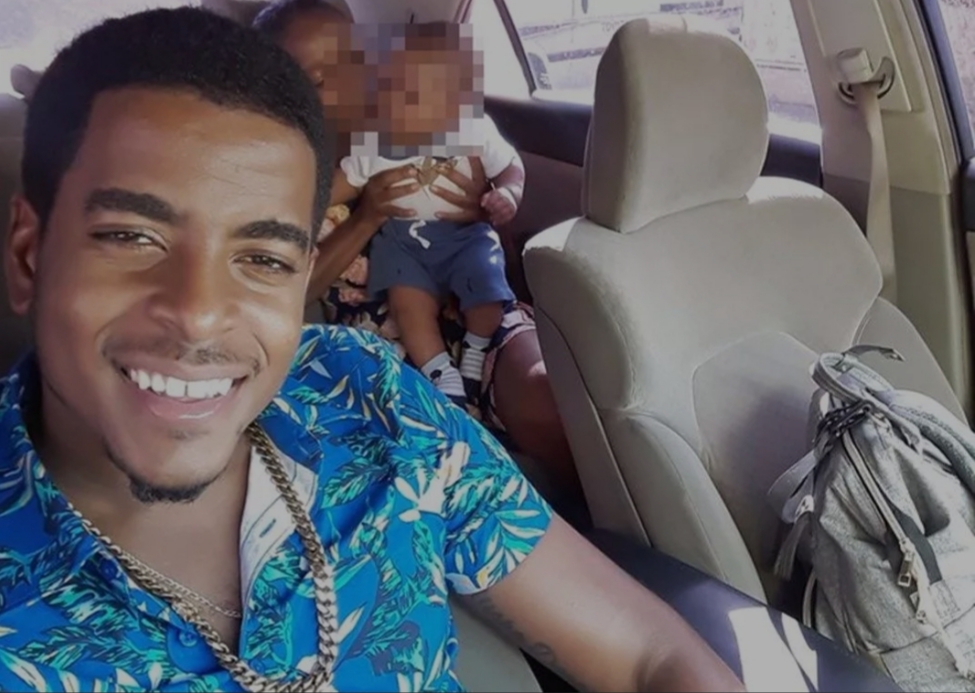 Dexter Felix Jr., the police officer’s son who was gunned down along with his cousin in Sarrot on Monday evening, is well known for his inspirational and positive comments on social media.

In fact, his last posting on his Facebook profile page is “Everyday am thankful for life.” It was posted on Monday, July 13, at 10:50 p.m.

He was shot not too long after that at a relative’s house and passed away on arrival at the Owen King EU Hospital. His cousin, Francis Altenor, aka ‘Tiny’, reportedly died early Tuesday morning while undergoing treatment.

Felix Jr., also known as ‘Dry Bonez’ and ‘Dexter Junior Felix’, was the son of Inspector Dexter Felix, who worked in the Traffic Department. It is not clear if he still works in that department.

The young man’s death has sent a shock wave of disbelief throughout Saint Lucia. Tributes have been pouring out on his Facebook profile page since news of his death was revealed.

Many believe an innocent life was snuffed out.

“In disbelief!!!” wrote one person. “Dexter had so many plans for his life. I took pleasure in watching Dexter entertain. He alone could command the entire audience. Anything he did or said was entertaining; it was one of his many gifts. Thank you for the impact you made on our lives. SIP.”

Felix Jr. was also known for his talent in entertainment — particularly in the visual and performing arts. He did photography and was arguably an up and coming comedian.

He was also a businessman and father of a young son. On his Facebook profile, he is listed as “Business Owner/Engineer at Lucian vybes Adventures” — a ‘sightseeing tour agency’.

“Lucian Vibes Adventure strives to bring guests closer to some of the history of St. Lucia in a fun and relaxed way whiles also promoting the various culture,” it is stated on his Facebook page (verbatim).

A blogger said he recalled memorable days with Felix Jr. at the Anglican Primary School.

“I still can’t believe this… Just spoke with u Sunday and you’re gone!!! Facebook will never be the same without u… RIP Dexter,” another person wrote on Facebook.

“D and his girlfriend always take walks with the baby. He does have the biggest smile on his face carrying he’s baby in his arms,” another said.

These are some of the tributes to Felix Jr. on Facebook. Like the others, they are mostly unedited.

“After this person took this innocent man’s life. You robbed his son of his loving father. How could you????? Something needs to be done about this senseless violence.”

“If you only knew that would have been your last post. Smh a little boy will never know his daddy. A father and stepmother left to mourn their only son. A sister losing her big brother a girlfriend losing her life partner. Why? People please put down the weapons.”

Based on those comments, Felix Jr. was indeed a well-loved and positive young man. His Facebook cover page reads: “I attract into my life whatever I want.” It was posted on April 23, 2020.

So good was his inspirational quotes that St. Lucia News Online used several of his timeline postings for its daily Facebook feature called ‘Inspirational Quotes of the Day’.

“No matter how many mistakes you’ve made in the past, or what sort of difficulties you struggle with now, you are destined to live in victory. — (Dexter Junior Felix)”. This was posted on St. Lucia News Online’s Facebook page on December 30, 2013.

Another was posted on our page on September 23, 2013. It reads: “Never try to fight a battle with small-minded people. Your destiny is too great. They don’t control your destiny, God does. (Dexter Junior Felix Facebook Timeline)”