Walsh claimed 22 wickets in nine matches to finish as the tournament’s leading bowler and claim the Hero Player of the Tournament award.

Sir Viv labelled the feat as fantastic and put Walsh amongst the top candidates for the edition of the T20 World Cup scheduled for next year.

“I think at that particular point, that particular achievement of him getting the most wickets as a spinner and to be coming from these parts, I am wondering what would have happened earlier for him not to have been utilized by the Leewards a little bit more. And so, all these questions need to be asked but I think that certainly, he has thrown his hands in the ring for the next T20 World Cup. I personally believe that he has done well enough to be considered and to be part of that particular unit,” he said.

Twice this season, Walsh reaped havoc on the opposition, claiming five wickets against the Trinbago Knightriders and four against the St Lucia Zouks to help catapult Tridents into the playoffs. Eventually, it set the stage for one of the biggest upsets in the competition’s history with a win over the previously unbeaten Guyana Amazon Warriors in the final.

Walsh, earlier this week, was named in the West Indies men’s T20 and ODI squads and, according to Sir Viv, Walsh has earned his call-up.

“And especially with this last performance in terms of being on the winning team with the most wickets, this is how I think Samuel Badree came into contention for the West Indies … I think he came in and he had some success … I don’t think he was as successful as what Hayden Walsh would have [been]. To be fair as well, too, he brings so much as well, especially as a spinner; his athleticism in the field. Everything is so brilliant about him, you need some sort of an individual like that for those sort of tournaments,” the former player said. Useful contributions from openers Johnson Charles and Alex Hales, and a blazing 27-ball 50 from Jonathan Carter lifted Barbados to a par score of 171 for six in Saturday night’s final, in which the Raymon Reifer-led bowling attack defended in style to set up a 27-run victory. 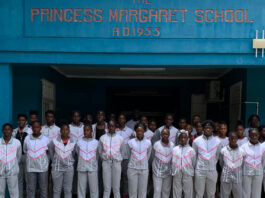 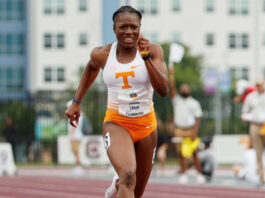