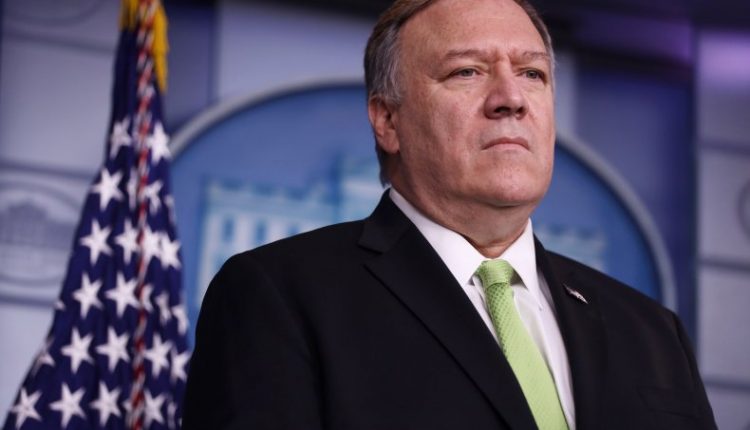 (newsroom.gy) – The United States Government has once again called on the Guyana caretaker Government to respect the will of the Guyanese people who voted at the March 2, 2020 general and regional elections.

“Your anniversary is especially meaningful this year, as Guyana stands on the brink of a new and more prosperous era. We urge the government to respect the wishes of the voters, as peacefully expressed in the March 2 election. Any recount should be conducted in a free, fair, transparent, and credible manner,” said Michael Pompeo, the U.S Secretary of State.

He made the remarks in a public statement issued Monday to congratulate Guyana on its 54th Independence Day anniversary.

“The United States stands with the people of Guyana, who want their voices heard. Once again, I extend my congratulations as you proudly celebrate your Independence Day,” Pompeo concluded in his statement.

This is Pompeo’s second comment about Guyana’s elections. On March 9, just four days after Guyanese voted, Pompeo tweeted that he spoke with the Deputy Prime Minister of Canada, Chrystia Freeland about “support for democratic transition in Guyana.”

“Spoke today with Canadian Deputy Prime Minister @CAFreeland to discuss the crisis in Venezuela, the COVID-19 outbreak, support for democratic transition in Guyana, and the importance of continued strong @OAS_Official leadership on democracy and human rights,” Pompeo tweeted on his official Twitter account.

The US Government continues to keep a close eye on the situation here more so after the incumbent APNU+AFC Government twice denied the Carter Center Observer Mission permission to enter Guyana to observe the national recount of the votes.

Acting Assistant Secretary of State for Western Hemisphere Affairs of the U.S. Department of State, Ambassador Michael Kozak has become known for pressuring the caretaker Government to ensure a transparent electoral process after it was found that the

He has spoken out on many occasions about the developments here and on March 26, he summoned Guyana’s Ambassador to the US Riyad Insanally sternly reiterate the United States position that it will not accept any Government which is sworn in using flawed elections results.

The recount process has so far shown that there was clear electoral fraud in Guyana’s largest voting District – District Four – with the numbers systematically bumped up by the Returning Officer Clairmont Mingo in order to give APNU+AFC a victory.

International governments, including the U.S., UK, Canada, and the EU, along with observers from the Commonwealth, the OAS, the EU and CARICOM, have all said that if the verification of the District Four Statements of Poll are not completed, the elections results would not be credible.