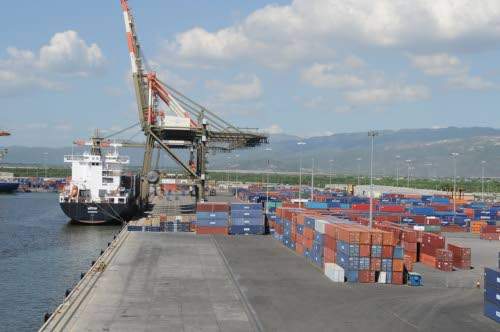 (Jamaica Observer) – China Merchants Port Holdings now has full control of Kingston Freeport Terminal Limited (KFTL), the entity that manages the Port of Kingston under a 30-year concession agreement with the Government of Jamaica.

This was made possible by the international French-led shipping and port management firm, CMA CGM selling its interest in KFTL to a subsidiary company, Terminal Link, which is a joint venture of CMA CGM (51 per cent) and China Merchants (49 per cent).

The effect of the change is that CMA CGM has sold a 49 per cent share in the 30-year concession agreement for KFTL to China Merchants.

Kingston Freeport was the company used by the Terminal Link-CMA CGM consortium to operate, Kingston Container Terminal under the 30-year deal signed with The Port Authority of Jamaica (PAJ) in April 2015 to finance, expand, operate and maintain the Port of Kingston.

When the Jamaica Observer contacted the PAJ, which is responsible for Jamaica’s port facilities, regarding the change of ownership of KFTL, the authority reported that: “The Government of Jamaica was notified by CMA CGM of the intention to transfer KFTL from CMA Terminals to Terminal Link, ahead of the transaction being announced.”

According to the PAJ “the recent new item indicates that the transaction has received the necessary approvals and is to be completed”. At the same time, the PAJ is pointing to several successes so far under the concession agreement. Under its terms the PAJ,, KFTL has invested more than US$250 million in dredging the access channel to the harbour and in upgrading the equipment and facilities.

These investments allow the much larger vessels, carrying up to 14,000 twenty-foot container units (TEUs) which now transit the enlarged Panama Canal, to enter Kingston Harbour and to be processed efficiently at the container terminal.

Additionally, the industry trend is now for shipping lines to enter into vessel-sharing arrangements to leverage economies of scale, with the resulting effect being the utilisation of larger vessels instead of smaller ones.

As a shipping line, CMA CGM has increased the volume of cargo trans-shipped through Kingston. Competition is strong among trans-shipment terminals in the Caribbean. The investments made by KFTL are focused on improving the competitiveness of the Port of Kingston relative to the competing regional ports.

In the meantime, the Donald Trump Administration is reiterating its concerns about Chinese investment in Jamaica.

Speaking with the Jamaica Observer‘s Caribbean Business Report yesterday, US Ambassador to Jamaica Donald Tapia was very vocal about America’s concerns over Chinese companies’ investments in the commanding heights of the Jamaican economy.

He is particularly concerned about Chinese investments in the port facilities in Jamaica. He raised suspicion about such a move which could be utilised for communist expansion in countries in Latin America and Africa.

Ambassador Tapia questioned why the Chinese aren’t expanding their investments in Europe or elsewhere, but are merely focused on countries in Latin America, the Caribbean, and Africa, where corruption is high.