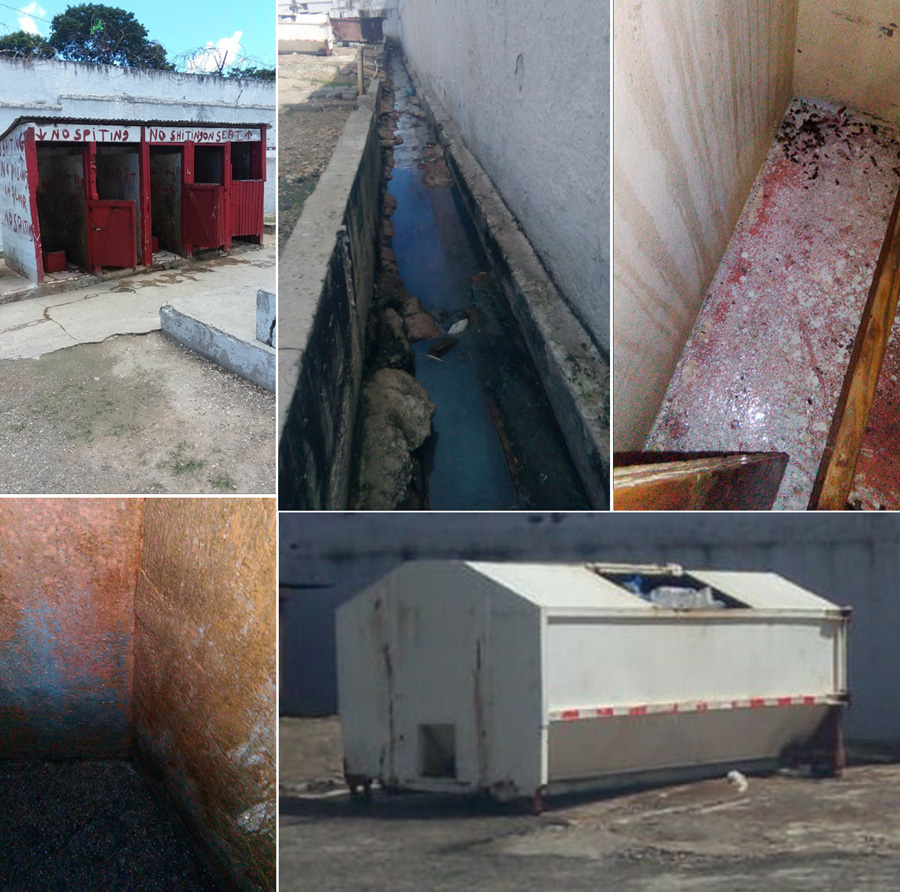 Several inmates at Her Majesty’s Prison (HMP) are expressing concern for their health and lives as they call on the authorities to stop placing new prisoners into the general prison population when they are remanded or sentenced by the courts.

According to the group of prisoners, yesterday at least four individuals were sent to the jail on remand and prison officers placed them into the already overcrowded cells which health officials have repeatedly condemned as unsanitary with poor ventilation.

“They [prison officers] don’t care about us in here. Not everybody in here is guilty of a crime and even if that is so, they [prison officers] still need to protect the guilty and the innocent from this coronavirus thing. They stopped our families from bringing in food saying it’s because of the virus but still they keep bringing in new prisoners all the time. Dat mek any sense?” one member of the group said.

A second inmate said apart from the four remand prisoners who were accepted at HMP yesterday, the prison authorities accepted a total of about 11 inmates last week.

Given that the inmates are not allowed to speak with the media, they all spoke on condition of anonymity.

“Bringing in people who were on the outside, the virus is out there on the outside, is a problem for us because this place is already nasty, crowded and condemned, and it looks like they want to make things worse,” the second inmate lamented.

According to him, prison officials usually give inmates a hard time to get medical attention whenever they complain about any illness “so now I don’t know what it’s going to be like if corona comes in here, what they will do, leave us to die?” he queried.

The group of inmates further complained about a lack of running water and detergent, both of which are critical to fighting COVID-19.

So far, Antigua has recorded six cases of the virus which has infected over 770,000 people globally, and killed almost 37,000.

The inmates at the twin island’s lone penal facility said all it would take is for one person so contract to the virus and there could be a deadly outbreak.

“Look how much people a dead from it, wha dey waiting for to mek sure dat we don’t end up like dat. Prison officers ah go home and come back and nar tek precautions when dem inna ya. New people coming in ebryday and yet we can’t get proper wata. Dem stop we family from bringing in food, laundry detergent, regular soap and wata. Dey giving us two to three bottles o’ wata fuh las’ a week, and we have meals up to 1 pm in the afternoon; no meals till next morning. All dem condition dey mek arwe weak and we saying dat ain’t right,” an inmate elaborated.

“So we wan’ de superintendent and de minister fuh mek t’ings right. All now dem hab de white man who rape a woman after he spike she drink, sitting cosy up in a fancy place serving time, he can’t come up ya because it nuh good, but we up ya and we does hardly complain. All we want is fuh dem fuh treat we better,” the man explained on behalf of the group.

The Coronation Road jail, refered to as 1735, was built to house 150 inmates but today houses nearly double that number. The problem of overcrowding affects the remand section more than it does the section where convicts are held. At times, cells on the remand block have a dozen inmates or even more.

Minister with responsibility for prisons, Steadroy Benjamin, told Observer he would comment on the matter on Tuesday.