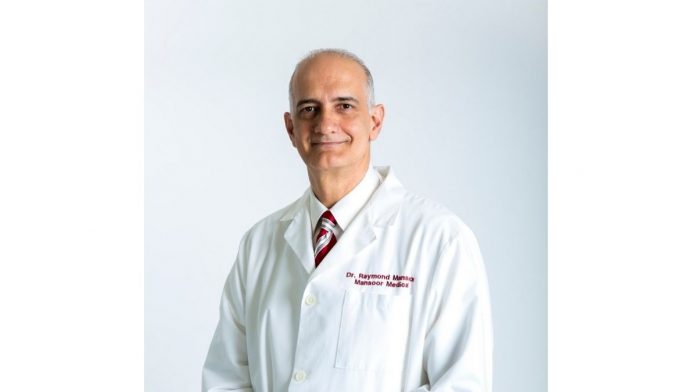 A local gynecologist is advising women to continue to monitor their health and take cervical cancer seriously.

Consultant Obstetrician and Gynecologist at the Sir Lester Bird Medical Centre, Dr Raymond Mansoor addressed the issue on Observer AM on yesterday in the hopes of raising awareness about the disease.

Cervical cancer occurs in the cells of the cervix, and various strains of the human papillomavirus (HPV), a sexually transmitted infection, play a role in causing most cervical cancers.

According to Dr Mansoor, it is the second highest cancer affecting in women in Antigua and Barbuda and the third highest overall that affects residents after prostate and breast cancer.

The Consultant Obstetrician and Gynecologist warns that the possibility of conceiving a child is reduced for women who contract cervical cancer.

This, he explained is a tough conversation to have with patients as their fertility can be affected greatly.

“It’s something that is unfortunately one of the side effects of the actual disease itself as well as the treatment.

“So, let’s take a scenario where a young lady hasn’t finished her family life yet and has unfortunately been diagnosed with cervical cancer, then, of course, we would have to discuss the treatment options. Some treatments may require her to have the cervix radiated with radiation and chemotherapy, and unfortunately that can affect how the cervix works, how the cervix looks because radiation is to the pelvis in totality. It also affects the ovaries and for the actual disease process itself, the fact that the cancer has or is consuming the mouth of the womb, then it is going to affect how that person is going to conceive,” Dr Mansoor explained.

He revealed that there have been some instances where pregnant women have been diagnosed with cervical cancer which is also a difficult and risky process as, according to Dr Mansoor, pregnancy can accelerate the cancer.

It is because of the prevalence and risk factors posed by the disease that the doctor is continuing to encourage women to get the HPV vaccine and to do their yearly screenings.

He also took the time to assure the public about the safety of the vaccine.

“There is no drug that we have ever created on earth that is 100 percent safe. There’s always going to be that one person that has a reaction to it or something, but this is as safe as they can make it. It is a very good vaccine because you can take someone at the age of nine, or 12, or 13, and now the vaccine has been recommended all the way up to the age of 45,” he added.

Although majority of the focus is on safety in women, Dr Mansoor is also encouraging men to get the vaccine as they too can be at risk and put their significant others at greater risk of getting the virus which causes cervical cancer.

“Although we are talking about cervical cancer, we have to remember that HPV is associated with other cancers. There are some penile cancers that are associated with HPV. So, when they realised that this has a sort of broad field effect — because it was initially developed for cervical cancer vaccine — but when they started adding research to other populations they found it to be of great benefit.

“The HPV virus can affect different areas of the body that are close together and so if you are going to consider a good well-structured vaccination programme, then we cannot exclude the men,” he added.

Dr Mansoor reiterated the point that with the help of all residents, the prevalence of cervical cancer in Antigua and Barbuda country can be reduced significantly.