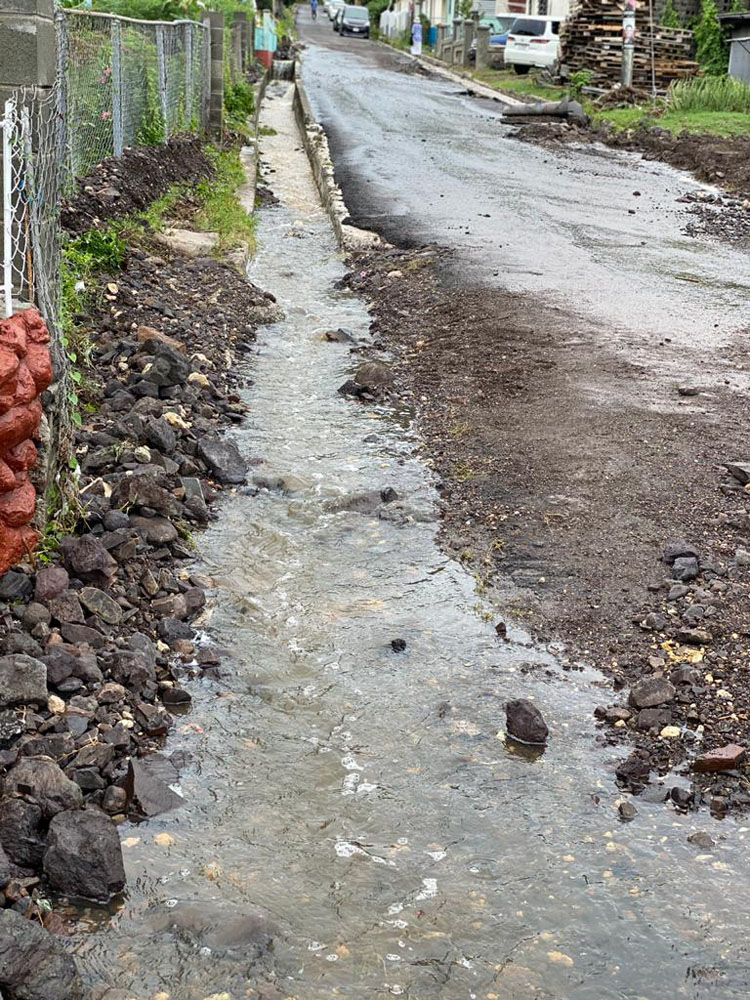 Antigua’s long-bemoaned roads suffered further extensive damage during last week’s rains. And anyone hoping repairs would start imminently is likely to be disappointed.

The word from the country’s leader Gaston Browne is that they won’t be fixed anytime soon.

The bad weather seen last Monday and Tuesday ripped up asphalt, decimated bridges and tore through newly refurbished highways, racking up a whopping $168 million in costs.

The government, he said, is seeking to raise an initial $17-20 million dollars to commence remedial work.

“However, we don’t have the type of money to fix the roads, so our people will have to endure with those bad roads for the time being. This is just part of the pain one has to endure after a disaster,” Browne said.

During times of crisis, governments occasionally rely on donor funding to rebuild, but Browne said it appears that major funding agencies are bypassing the twin island state.

Calling it “an exercise of futility”, Browne said Antigua and Barbuda may have to “paddle its own canoe” where grant aid is concerned.

“The national and financial institutions continue to exclude Antigua and Barbuda on the basis of our high per capita income but they are not looking at our vulnerability and our need,” he said.

Browne said even after the country was hit by Hurricane Irma in 2017, coupled with the economic devastation of Covid-19 and other setbacks, the financial institutions are still not letting up in their belief that Antigua and Barbuda is a wealthy country.

“We have been excluded for several decades from receiving grants and any form of debt relief,” he said.

The debt relief that Browne talked about is limited to the world’s poorest countries, while aid is given to those classified as IDA (International Development Assistance) countries.

They include most of the countries in the OECS except St Kitts and Nevis, and Antigua and Barbuda.