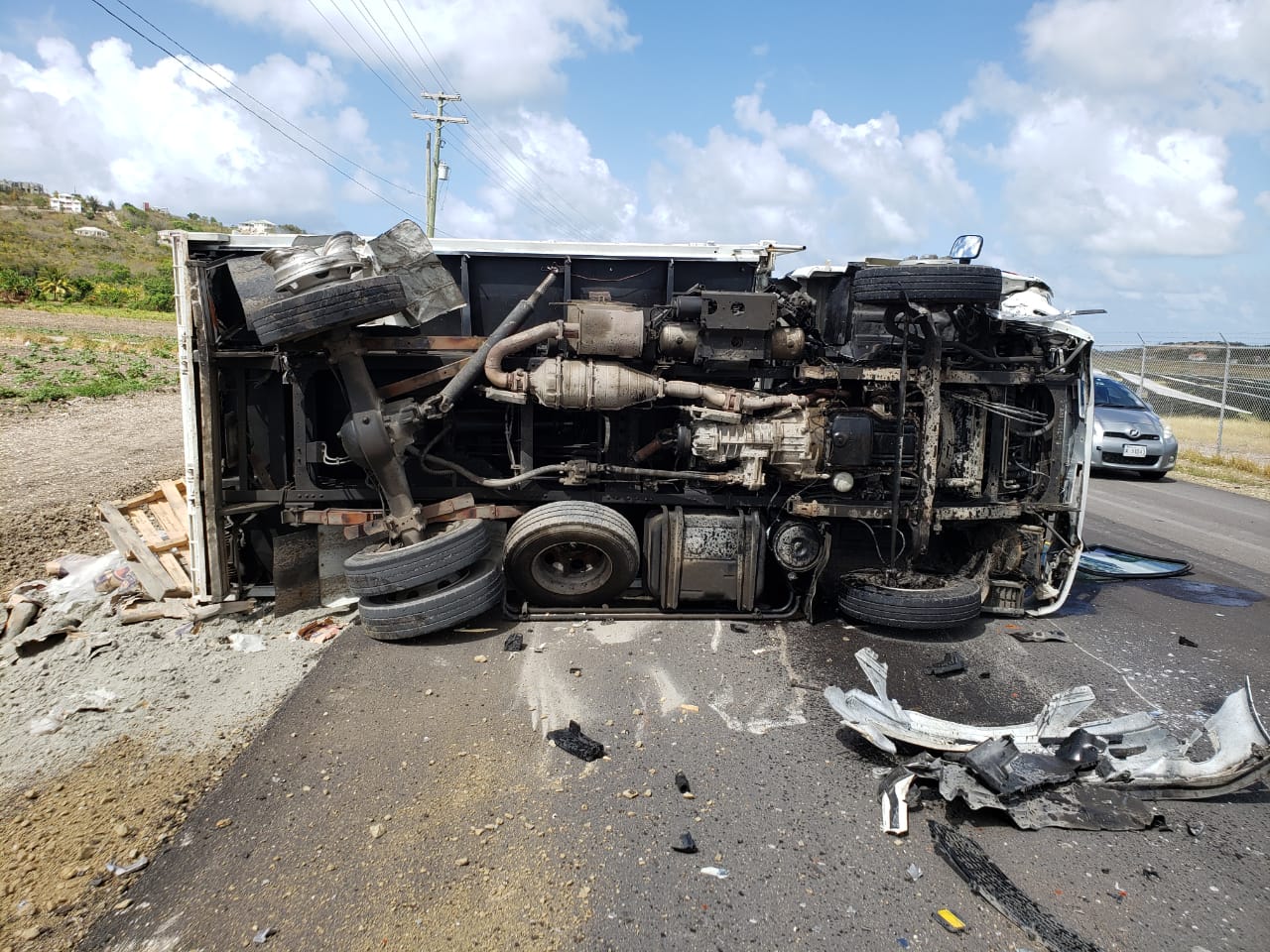 The newly repaved Sir George Walter Highway was the scene of a multi-car accident moments ago in the vicinity of the Unicomer Distribution Center.

Pictures began to surface on social media showing a truck on its side and at least two other damaged vehicles.

The cause of the incident remains unclear but Observer media will bring you details as they become available.