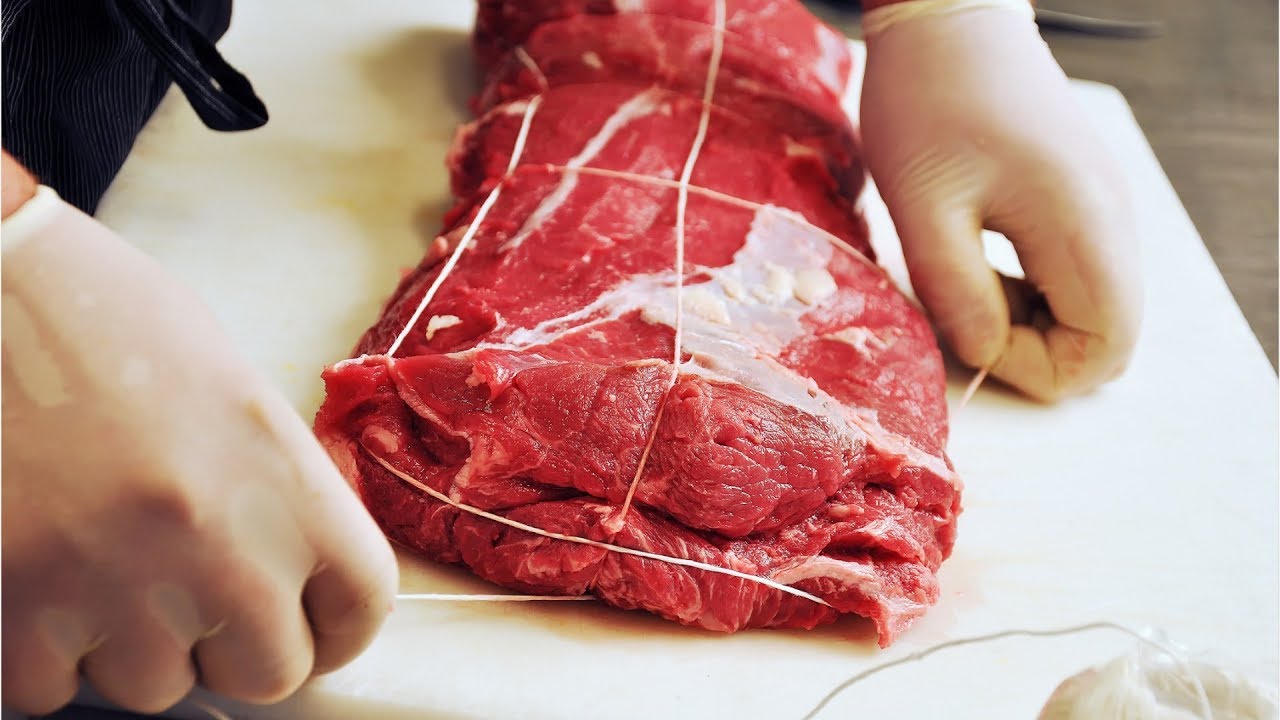 (BLOOMBERG) — There’s been a spike in coronavirus cases at meat plants in the U.S., with hundreds of reported infections in just the last week. That’s adding to questions over the fragility of the food-supply chain and raising concerns about worker safety.

As many as 50 people at a JBS SA beef facility in Colorado’s Weld County tested positive, adding to more than 160 cases at a Cargill Inc. meat-packaging plant in Pennsylvania, union officials said Friday. South Dakota Gov. Kristi Noem on Friday reported 190 cases at a Smithfield Foods Inc. pork facility, the Associated Press said. The Cargill and Smithfield plants are being closed, while JBS said it will continue operations.

Workers are also starting to die. Two more deaths were reported by union officials on Friday, one at the Greeley, Colo., meat plant and one in Pennsylvania. Both those facilities are owned by JBS SA, the world’s top meat producer, which didn’t confirm the deaths.

“As our communities and our country collectively face the coronavirus challenge, JBS USA has had team members impacted by COVID-19,” the American unit of the Brazilian meatpacker said in an emailed statement. “We are offering support to those team members and their families. Out of respect for the families, we are not releasing further information.”

WH Group Ltd. acquired Virginia-based Smithfield, the world’s largest pork producer, in 2013 for $6.95 billion. As Smithfield can’t export sausage, ham and bacon from its U.S. factories because China prohibits imports of processed meat, WH Group opened a $116-million factory in Zhengzhou that will produce 30,000 metric tons of those meats when it reaches full capacity next year.

While it’s unclear whether the deaths and other cases have anything to do with the workplaces, the news exposes the vulnerability of global supply chains that are needed to keep grocery stores stocked after panic buying left shelves empty. President Donald Trump and Vice President Mike Pence both addressed the sudden jump in cases at meat plants when speaking to reporters on Friday.

Pence said as many as 300 people have been “impacted” by the coronavirus at the Colorado meat plant. It’s unclear what that figure was referring to, whether it was people who have been quarantined, or possible cases.

Trump also referred to the outbreak at Colorado meat plants on Friday. Neither Pence nor Trump specified which plant they were talking about. Greeley is about 65 miles northeast of Denver.

“We’re looking at this graph where everything’s looking beautiful and is coming down and then you’ve got this one spike. I said, ‘What happened to Denver?’” Trump said. “And many people, very quickly.”

Plants across the U.S. are starting to reduce output or idle as cases spread from the main cities to rural America. Laborers have, in some cases, staged walkouts to protest working conditions. In meat plants, stations on processing lines can be close together, creating challenges for social distancing. Workers share break and locker rooms.

The deaths reported Friday bring the total reported for JBS employees to three. On Tuesday, the Retail, Wholesale and Department Store Union, which represents thousands of poultry workers, said two of its members working at a Tyson Foods Inc. plant in Camilla, Ga., died from the virus.

Smithfield said it will close its South Dakota plant for three days. The company will suspend operations in a large section of the plant Saturday and close Sunday and Monday. The facility has 3,700 employees.

During the suspension, “essential personnel will repeat the rigorous deep cleaning and sanitization that have been ongoing at the facility and install additional physical barriers to further enhance social distancing,” Smithfield said in a statement. “Employees will be paid for any previously scheduled hours during the temporary closure.”

The Cargill plant is in an area where there are large manufacturing plants and a large influx of people coming in from New York City. Those were among factors that contributed to a high number of cases in that region of Pennsylvania, it’s not a Cargill-only issue, said Wendell Young IV, president of Local 1776 of the United Food & Commercial Workers. The Minneapolis-based company declined to comment on the number of cases at the facility, which employs 900 people.

JBS said 36 employees at the Greeley plant have the virus, fewer than the 50 positive cases reported by the local union. JBS also confirmed “increased absenteeism” at the beef production facility.

The company said it was working in partnership with the federal government, Colorado Gov. Jared Polis and Sen. Cory Gardner to secure COVID-19 tests for all team members at the Greeley plant, which it’s aiming to complete through Monday. JBS will also “further enhance previously announced deep cleaning efforts at the facility,” it said in a statement, while adding it planned to continue operations.

The Greeley plant has more than 3,000 employees, according to the JBS website.

Meanwhile, the local union sent a letter to Polis along with company and county officials demanding that the Greeley plant be shut down for at least a week for “extensive and repeated deep cleanings.” The union asked that employees be paid regular wages during the shutdown, and that upon reopening workers receive an additional $3 per hour as “hazard pay.”

“You cannot make sacrifices like this with people’s lives,” Kim Cordova, president of Local 7 of the United Food & Commercial Workers Union, said by telephone. “People can live without beef.”