National sprinter Cejhae Greene says he is not worried regarding his present form and believes his times will improve going into the second hand of the 2022 season.

The statement comes on the heels of his exit from the quarterfinals of the 100 meters at the 2022 Commonwealth Games in Birmingham, England where he clocked 10:45 seconds to finish eighth from a field of nine competitors.

“I wouldn’t necessarily say the times are getting worse or slower. I definitely had a bad race over the weekend and the last couple of races I haven’t run 10.0, but they haven’t been terrible races. To be fair, I’d like to run 10.0 more consistently towards the end of the season, but during the end of the season there is a lot more travelling and a lot more factors that go into competition than early in the season,” he said.

“In the early season, most competitions are either in the US or closer to me, which is a little bit more comfortable, while late in the season you’re traveling for eight, nine and 10 hours in different time zones, eating differently. So, it’s just a lot more factors that go into competing towards the end of the season,” he added.

Greene, who was speaking on the Good Morning Jojo Sports Show at the time, said he appreciated the concerns from the public but assured he was not adversely affected by a bout of Covid-19 just before the start of the games.

“I didn’t even know so it definitely caught me by surprise. I didn’t feel physically sick so whether or not it did affect me I really don’t know because we all know that COVID takes a toll on people differently so to say that it directly affected me, I don’t really know per say. It could have but I don’t know for a fact,” he said.

Greene said he will first return to the US for some sessions with coach, Henry Rolle before returning to Europe for the start of the Diamond League. 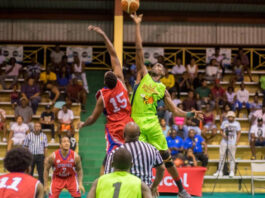 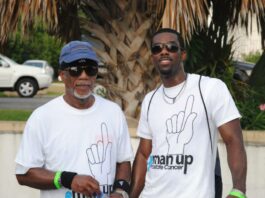