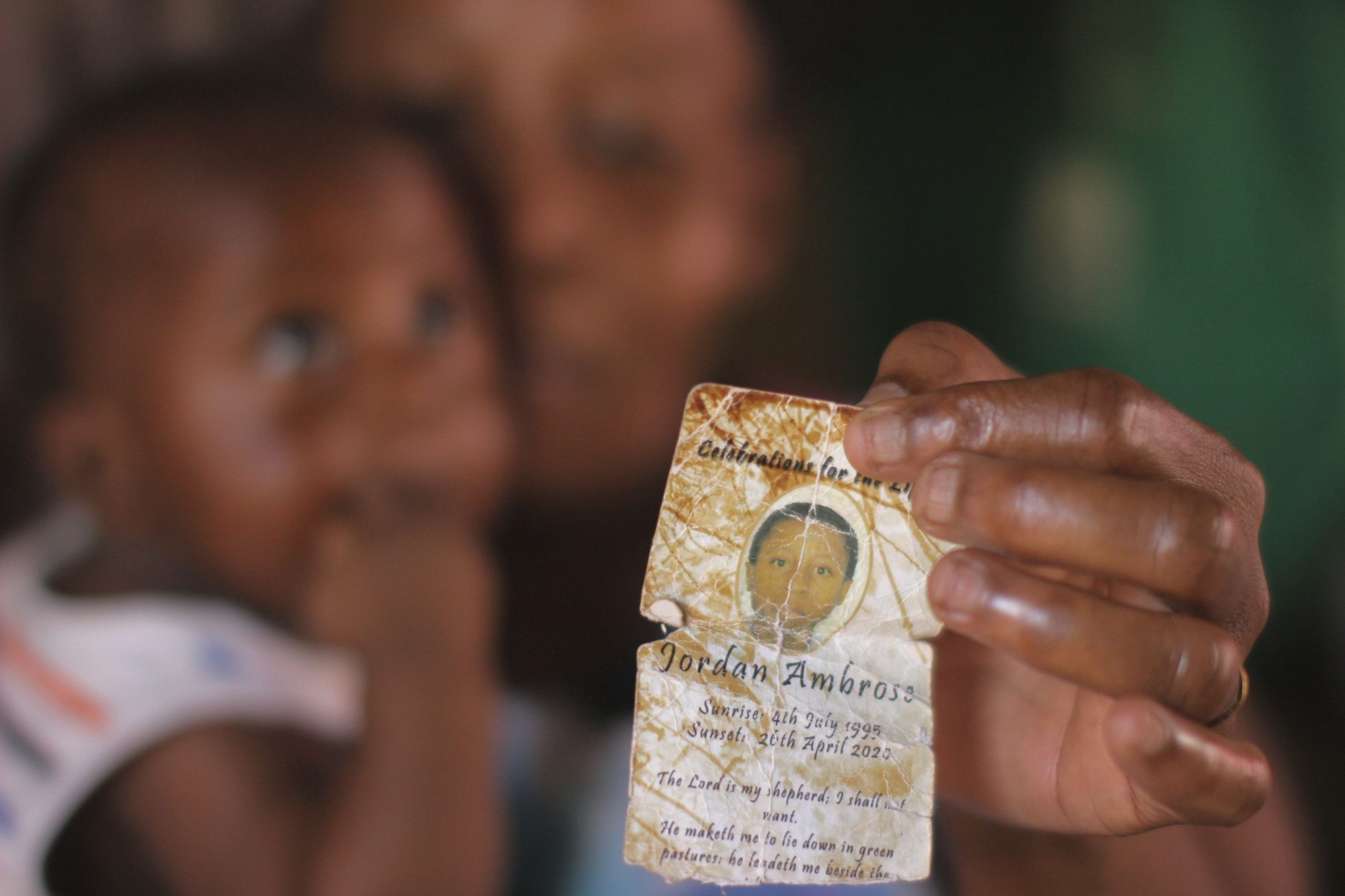 The only photo Jacklyn Hazel owns of her son is the one that appears on his tattered funeral programme.

The heartbroken 45-year-old, grandmother of one, and single mother of five, lost her beloved eldest son to sickle cell when he was just 25, on April 26 of this year.

She added that one of her daughters, Alisha Hazel, also has sickle cell.

Jacklyn Hazel, who resides in the village of Ottos, is also facing potential homelessness.

In a conversation with Observer media, she divulged, “The people for this place want it by next month

“I have to find a place by next month because they are going to break down here and build an upstairs and downstairs structure.

“I am going to have to find a place to stay, and I haven’t found a place yet; they give me until next month to move out.

“I am stressed out every day, trying to find a place.

“These people are pressuring me to get out because they need their place.

“One of them died, I had a brother who died a couple years ago, he just got a baby and died.”

“I want a better life for my children than living in a place and people saying they want their place, and I have to go up and down here and there with them.”

Hazel also shared why the owners for the home that she now occupies aren’t taking any rent: “The owner of this place know me as a little girl growing up; and had a friendship relationship with my father.

“They used to play domino and all of that; that is the reason why they put me here because of the relationship.

“My father was a painter and he had a lot of friends, his name is Oslyn Hazel; this year is going to make it four years since he died; he had a stroke, he was in a coma and he died.

“I want better treatment for my daughter with sickness, she is sick with sickle cell.

“My son wasn’t getting enough care, that’s why he died, I don’t want the same thing happening to my daughter.

Alisha Hazel is presently entering second form at the Clarehall Secondary School. She shared that Integrated Science is her favorite subject.

“I want to be a doctor or a nurse, so when I am sick, I know how to tend to myself and tend to sick people,” she said.

She and her mom added, “We don’t have light or water and we do not have a stove.”

Alisha said, “I feel angry because these people round here, every time we fall out, they always curse us and say we don’t have water, light and so forth.

“It’s kind of upsetting and stressing because they are making fun of my children, and I don’t like that.

“I want to be a person that has a job, responsibilities, a home, and a bank account so that I can go to the bank and get money for my children and myself, in case of anything.

“My little savings I had, I used it to bury my son.

“I never think of becoming anything.”

She explained that as a child she had to survive, so she never had the chance to dream.

She concluded by saying that she stands by her faith in God. “Every night before I go to sleep, I pray that my whole life would just change; every day I pray, before I go to bed I pray, when I get up in the morning I pray.”