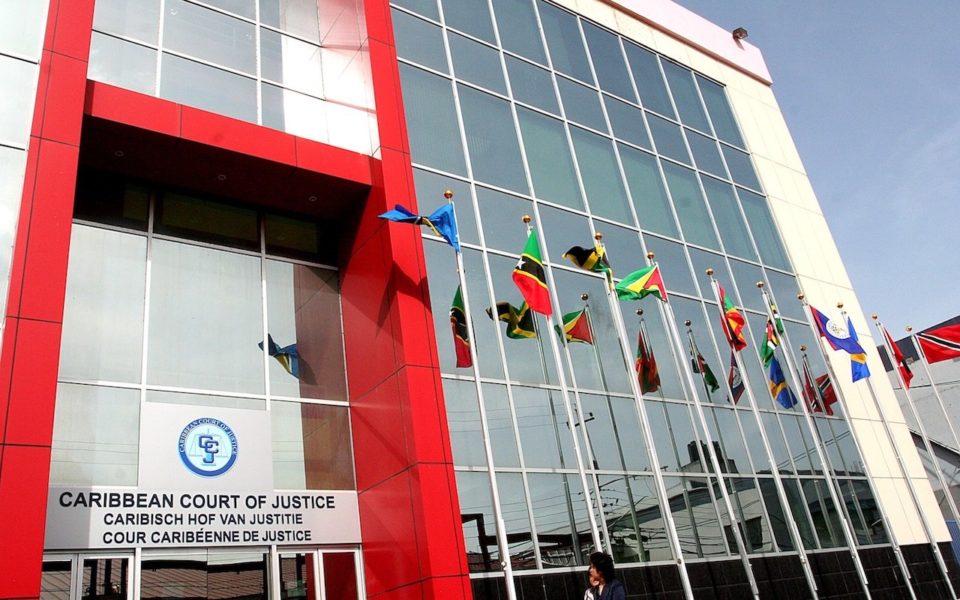 (Barbados Today) – The High Court of Guyana on Monday delivered yet another setback to the incumbent A Partnership for National Unity/Alliance for Change coalition supporters’ bid to overturn the CARICOM-monitored recount of the disputed March 2 regional and general elections.

Acting Chief Justice Roxane George-Wiltshire ruled that the Caribbean Court of Justice (CCJ) endorsed the recount of votes and voided the ten regional declarations from March 13 which favour the APNU/AFC.

If certified, the recount would hand victory to the challenger, the People’s Progressive Party/Civic (PPP/Civic)

The Chief Justice dismissed an application as to whether or not the Guyana Elections Commission (GECOM) would be allowed to use the recounted, valid and certified results to declare the official outcome of the disputed March 2 regional and general elections.

In a ruling lasting just over an hour, Chief Justice Roxanne George said she was bound to follow the earlier decisions of the Court of Appeal and ultimately the Caribbean Court of Justice (CCJ) on matters that had been raised regarding the elections in which both the ruling coalition, A Partnership for National Unity (APNU) and the main opposition People’s Progressive Party/Civic) are claiming victory.

“The application is accordingly dismissed, I have been lenient in the award of costs in what I call national interest matters since I have considered them as important for the development of our jurisprudence, more especially our constitutional jurisprudence,” Justice George said.

She said that barring a new issue that may arise “or a claim that the judgement was improperly obtained, for example, through a representation of facts or law or the perpetration of a fraud on the courts an applicant is bound by the decision on any issue that has been raised and adjudicated on previously.

‘There must be finality to judicial decisions,” she said, noting that myriad litigants “cannot be permitted to engage in multiple applications regarding the same issue which has been decided and shield behind the claim that they were not a party to the previous proceedings”.

“To so permit would be to waste precious judicial time and resources. In short order this cannot be allowed,” she added.

A private citizen, Misenga Jones, had sought a number of reliefs including asking the High Court to compel GECOM to use the ten district declarations in announcing the winner of the elections.

She had named GECOM chairman Claudette Singh, herself a retired high court judge, and the Attorney General Basil Williams as respondents, but several others including the Opposition Leader Bharrat Jagdeo and Irfaan Ali, the presidential candidate of the main opposition People’s Progressive Party/Civic (PPP/C), had been added to the list of respondents.

Lawyers for Jones, an APNU/AFC backer, have already indicated they intend to file an appeal as early as Tuesday.

In her ruling, the Chief Justice also found that the Court had jurisdiction over the matter even as the attorneys for the respondents had claimed that the matter was one to be dealt with through an election petition.

The attorneys for Jones, led by Trinidadian Senior Counsel John Jeremie, had argued that Section 22 of the Election Law was unconstitutional, invalid and as a result, the recount that had been undertaken and supervised by a team from the Caribbean Community (CARICOM) was also invalid.

She said the applicants had also sought a determination as to whether GECOM and the chief elections officer were acting lawfully.

“It is in this context that there can be judicial review of their decision. I have further concluded that in this context there is a distinction to be drawn as regards inquiring into the functions of the chairperson at GECOM which is restricted by Section 140 and interpreting the constitutionality of Section 22 and Order 60 as well as Article 177 to determine if they are acting lawfully.

She said another issue before the High Court was to determine whether GECOM had acted with powers that were not conferred on it by Parliament and that the issue had been fully articulated in the earlier cases challenging the electoral process in the Court of Appeal.

“The Court of Appeal having found that a challenge to the constitutionality of Section 22 would be for an election petition,” she said, adding “so the issue having being raised and importantly dealt with by the court it cannot be canvassed again and even more importantly since it is the decision of an appellate court sitting as I am in the High Court I am bound to follow this decision”.

“I can discern no distinguishing feature that would permit me to depart from this judgement nor has any evidence been disclosed on the affidavits by and or on behalf of the applicant such as to permit me to do so”.

Justice George said that at the heart of the application before the High Court was a ruling of the CCJ on an earlier matter regarding the electoral process and as a result, the interpretation by the applicant, Chief Elections Officer Keith Lowenfield and Attorney General Williams “is hopelessly flawed”.

She said that the CCJ ruling led to the conclusion that the recount votes are valid and that any irregularities would have to be addressed by an election petition.

In her ruling, the Chief Justice said that given that GECOM had come to the realisation that there were difficulties that had to be addressed in order to produce ‘what is termed Order 60 as a credible count.

In this regard, difficulties have arisen subsequent to the declarations made and Order 60 was meant to address them and in this regard cannot be said to have retrospective effect. As noted by the Court of Appeal….it is within GECOM’s functions to resolve those controversies as part of its responsibility to deliver results of the elections”

She said that while the chief elections officer is expected to act independently, “he cannot be a Lone Ranger so to speak. I agree with the submission that Article 172 (2) (B) can be construed to mean that GECOM is not to act on the advice of any person or body external to the Commission.

“I do not agree with the submission that the CEO has a constitutional mandate under Article 177(2) (B). It is the chairperson and GECOM that have the constitutional mandate. The CEO is a functionary of GECOM…,” she said, adding that Section 18, which is repeated in Order 60 merely confirms this and the obvious for the avoidance of doubt that the CEO cannot act on his own.

“In this regard, he has certain duties as regards to tabulating results as provided for in Section 96 of the Representation of the People’s Act. Section 18 is therefore not unconstitutional as being in conflict or in tension with Article 177 and as noted earlier the CCJ also noted…any allegation as alluded to by the CEO can be addressed by way of (an) election petition,” Justice George added.