The Under-13 Grays Green Tigers netball team was crowned the 2018 Under-13 champions on Saturday night defeating Stingray Stingers 11-8 at the YMCA Sports Complex.
The Tigers, led by Ashley Boston, who sank seven of her eight attempts, and Ianthea Lawrence, who
netted four of seven, outplayed the country-based Stingers.
The 2018 edition of the league came to a close after the match-up as a number of teams were awarded for their first, second and third place finishes in the league.
Despite losing the Under-13 crown, Stingers claimed the under-16 title ahead of Colin James Black Lightning and the Tigers.
Black Lightning would however walk away with the top honors in the B Division while Old Road and Invincible Stars settled for second and third-place finishes.
In the A Division, Invincible Stars reigned supreme, ending undefeated ahead of Sagicor Life Enforcers and Running Rebelz while in the Mixed category, Grays Green Tigers outplayed Invincible Stars to end their season undefeated.
President of the Antigua and Barbuda Netball Association (ABNA), Karen Joseph, thanked the teams, officials and sponsor, Cool and Smooth, for their ongoing support towards the league, and more so the rebirth of the sport in the country. 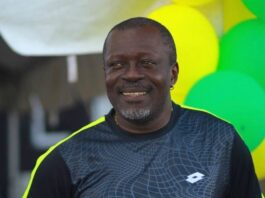