Convicted drug trafficker Colin Murraine will be serving 18 years in prison for his crimes.

He was also sentenced to five years’ imprisonment for possession of 103 pounds of cocaine, nine years for possession with intent to supply, and two years for attempted exportation of the controlled drug, all of which will run concurrently.

Murraine was also fined EC$300,000 and, should he fail to pay, he will spend an extra year in prison.

In February 2018, Murraine was intercepted at Runway 10 at VC Bird International Airport in an aircraft preparing for takeoff.

The occupants of the plane were said to be two foreign pilots and Murraine, who was dressed in his piloting uniform but seated in a passenger seat.

According to witness testimonies, the 32-year-old’s two grey hardcover suitcases contained a number of brick-like packages wrapped with plastic wrap. An incision made by an officer revealed a white powder-like substance.

Late last month, the former pilot was on trial in the High Court where several officers from the Office of National Drug and Money Laundering Control Policy (ONDCP) gave testimonies which corroborated those of the witnesses.

Murraine also gave unsworn evidence to the effect that he arrived at the airport’s gate seven on the day in question and entered a white bus that arrived shortly after.

He said a taxi took him to gate 10 but he had never seen the driver before, nor did he have any conversation with him.

Murraine explained that he was escorted to the aircraft and the two suitcases were placed in the aircraft but he did not say by whom.

He said that after the plane was intercepted, officers ordered him and the other pilots to lie on the ground and one officer said that they had reason to believe that there was a controlled substance on board.

At that point, he said, he told the officer that there were two suitcases on board that didn’t belong to him and he asked the officer for protection saying that he had been receiving threats.

The officer also said that the former pilot told him, while teary eyed, “I’m afraid for my family. You guys need to help me, I don’t want nothing to happen to my family.” 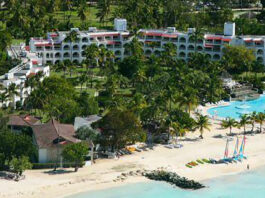 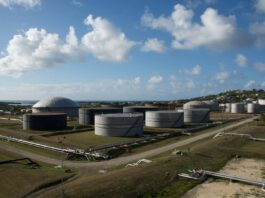 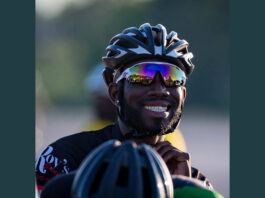 National cyclist out of ICU but still unconscious as fundraising for...