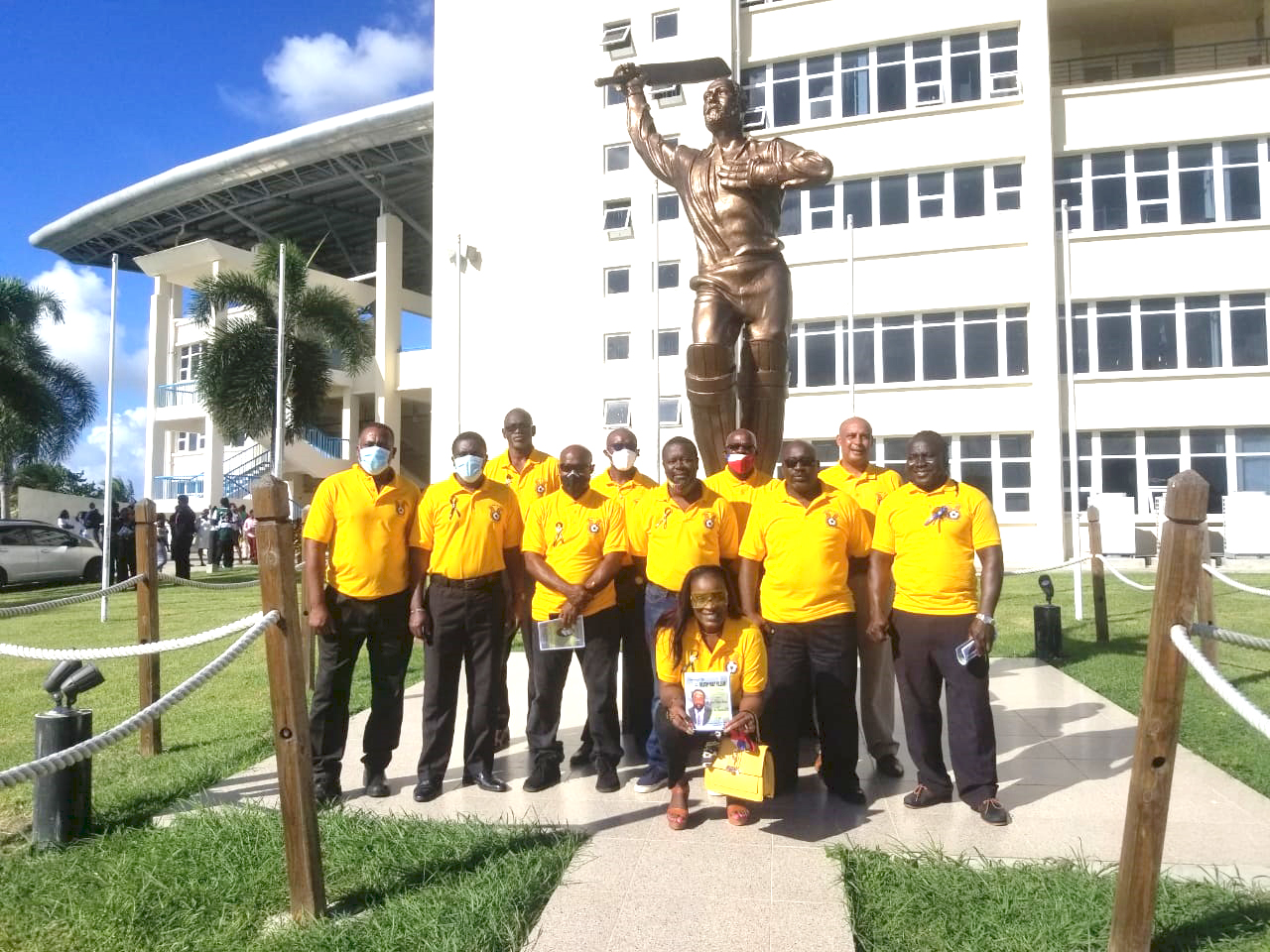 Members of the newly formed Football Support Foundation turned out in their numbers to pay their final respects to the late technical director, Rolston “Debu” Williams who was laid to rest on Saturday with a service of thanksgiving at the Sir Vivian Richards Cricket Ground.

The groups, which was founded by former national defender and coach, Steveroy “Deman” Anthony, was formed with the goal of assisting struggling former players in areas of health and finances. The foundation meets every Wednesday at the Antigua Recreation Grounds and is currently on a membership drive. (Photo courtesy Steveroy Anthony)