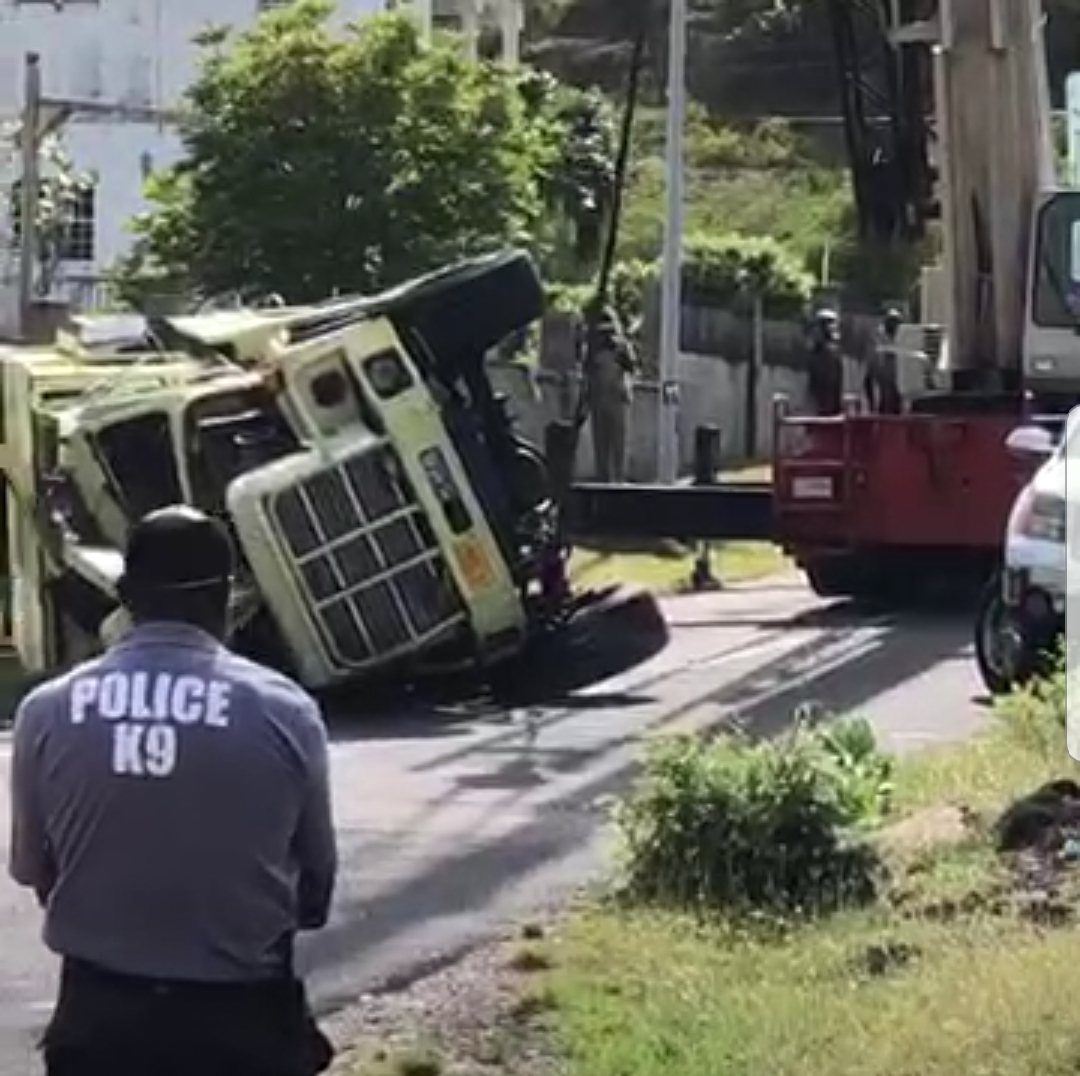 Two firefighters injured after the truck they were travelling in overturned in Cedar Valley on Tuesday afternoon have been discharged from hospital.

Fire Chief Elvis Weaver says they suffered no serious injuries. But he told Observer he believes the water tanker – a gift from the former US Air Force base and used by St John’s Fire Station – is a write-off. The vehicle had to be lifted from the side of the road by a crane.

Investigations into the cause of the incident are ongoing, Chief Weaver added.