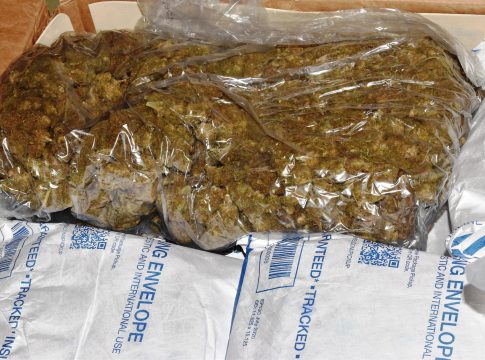 The Police and the Customs Department have seized 22 pounds of cannabis over the past few days.

The drugs were found at the Deep Water Harbour in two separate drug operations.

Last Friday, 20 pounds of cannabis was discovered inside two cardboard boxes at Customs Warehouse during a routine search by the Anti-narcotics Unit.

On Monday 23, August, the unit discovered an another two pounds of the
controlled substance among food items inside a barrel. The drug is estimated at an overall value of $330,000.

The illegal substances were seized and taken to Police Headquarters.

Persons of interest were taken into custody and questioned in connection with the seizures.