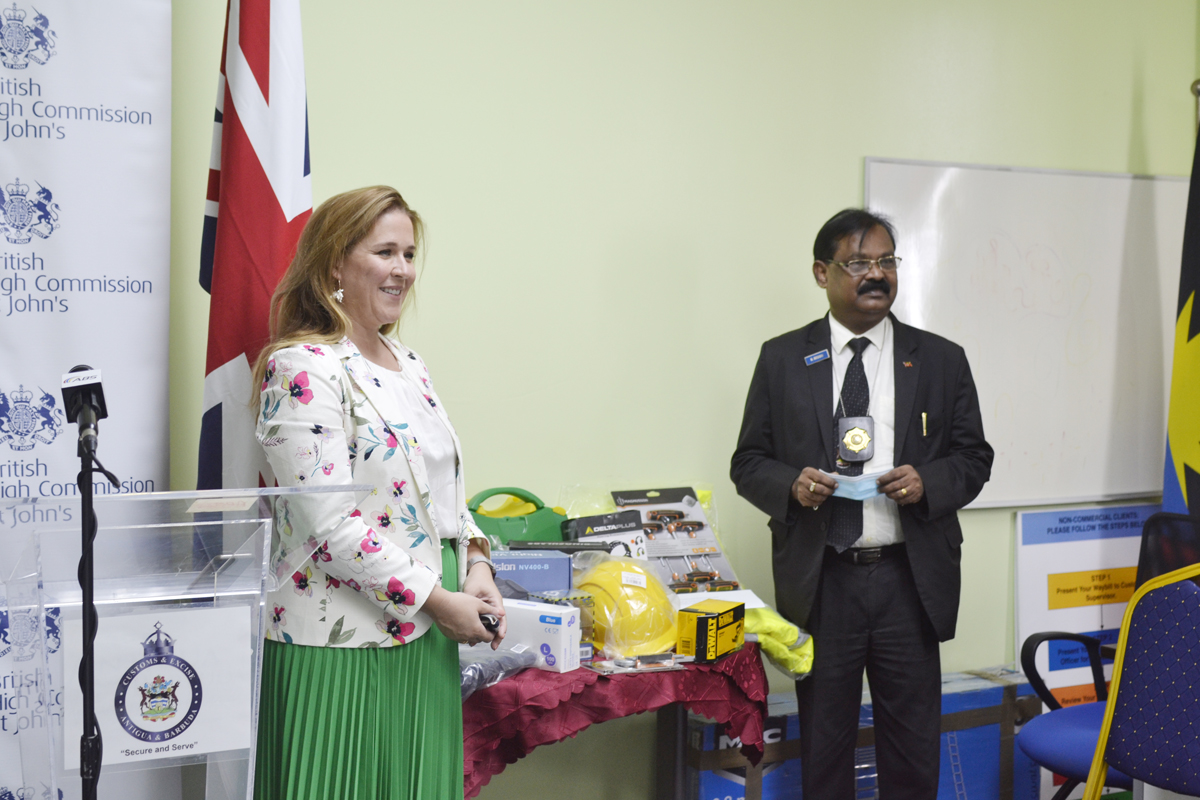 Comptroller of Customs Raju Boddu, was effusive in his thanks to his UK counterparts, the Border Force, after receiving a donation of approximately $15,000 worth of equipment from Resident British Commissioner, Lindsy Thompson, on their behalf.

The donation – said to include Personal Protective Equipment (PPEs) and other operational equipment – was officially made yesterday at the Customs and Excise Division.

Receiving the much-needed assistance, Boddu spoke glowingly of the Border Force – responsible for immigration and customs control in the UK – talking up their commitment to helping their Antiguan and Barbudan counterparts.

“We’re greatly indebted to the Border Force, our partner in fighting crime across the borders. The UK’s Border Force has been a longstanding, trusted partner in our enforcement activities.

“They’re always there when we request some help, be it technical or in advice, and also suggesting ways and means to improve our enforcement activities.”

Boddu also mentioned a number of other collaborations between the two agencies, including one that saw Border Force officials working directly alongside local Customs personnel.

The Comptroller’s sentiments were echoed by the British Commissioner, who also talked up the bilateral relationship between both territories and the need to assist the hardworking Customs staff.

“This donation is a further example of the continued close collaboration and partnership between the UK government and that of Antigua and Barbuda. With two direct flights between our nations every week – hopefully more as we continue to beat Covid – the UK is keenly aware of the importance of supporting our Customs and Border colleagues across the Atlantic.

“[Many] will know the considerable efforts that the Customs staff put in to ensure they protect the laws and interests of this beautiful twin-island nation [and] it’s in everyone’s interest to ensure that those working on the frontline are able to work in the best health and safety possible. This equipment was donated by the UK to help them do just that,” Thompson added.