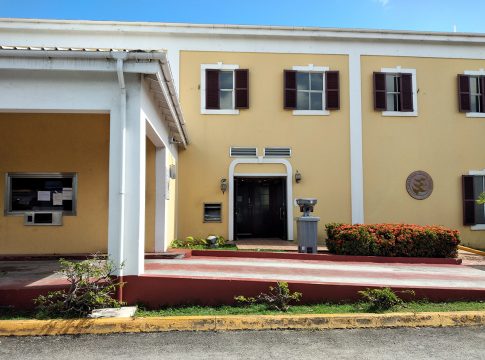 The management of the Caribbean Union Bank (CUB) and the workers’ representative have both rejected a number of recommendations put forward by the Labour Department.

The recent meeting with the department came after both the union and company failed to agree on a number of matters that had resulted in the workers taking industrial action earlier this month.

President of the Antigua and Barbuda Free Trade Union, Samuel James, told Observer media that the matter of salary increases and other issues remain unresolved.

Where salary negotiations are concerned, the Union requested 3% for the first, second and third year consecutively; nine percent over three years.

However, the CUB was offering 3% for the first year and zero percent for the second and third years.

The Labour Department’s recommendation is 3% for the first year, 1% for the second year and 1.5% for the third year.

Additionally, the five-day period for paternity leave recommended by the Department is insufficient, according to James, and the Union is adamant that a 10-day period would be more beneficial.

“The contract stipulated five days for the male. We actually want ten days for men. Females are getting three months,” he argued.

All parties also failed to strike a compromise on the issue of payment for unused sick days.

“The company obviously is not in agreement and the Labour Department says that they don’t think it is necessary at this time,” he said.

The Union is also asking for severance for employees who worked at the CUB for 10 years, who may have to migrate for citizenship and other reasons.

“They may have to leave for marriage reasons…We are saying the company should consider that when they are leaving under these circumstances, and they have to resign, then they should pay their severance as long as they put in more than 10 years. The CUB’s management is against that,” he said.

The Union was also not pleased with the Labour Department’s response to the issue of mutual separation.

Both parties are expected to discuss the matters further.