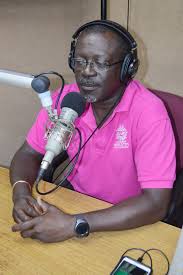 One association president believes that the decision to suspend all sporting competitions as a means of mitigating the spread of the coronavirus or COVID-19 was an overreaction.

President of the Antigua and Barbuda Cricket Association (ABCA), Leon Rodney, who has been quite vocal on the Ministry of Sports’ decision to halt all national competitions for 30 days, believes this alone will not help to slow the spread of the virus.

The cricket boss went on to add that unless the authorities are not prepared to fully lock down all social and non-social gatherings, that sports should be allowed to continue.

“We need to put the cricket on the field because as I said, I am pretty much aware the Parish League played over the weekend but I don’t think it is going to make it any worse than what’s happening or what is going to happen by having the matches played, and that’s just my opinion,” Rodney said.

The former player said his association, however, has no other option but to adhere to the directives of the sports ministry.

“A number of persons know that I have been very furious about it because I wasn’t overly happy that you got one correspondence saying one thing and then seeing a next correspondence saying something else, but at the end of the day, being the national association we would have had to carry out the wishes or the instructions of the Ministry,” he said.

“I am fully aware that Parish League played cricket on the weekend and I don’t know how they arrived at that, but at the end of the day, all I am saying is that we have to give some level of respect to our ministry. I wasn’t overly excited about it and persons around me know how I felt about it,” Rodney added.

Minister of Sports, Daryll Matthew, reaffirmed the ministry’s position during a brief presentation in parliament on Tuesday, stating that the government will stand by its decision to halt all sporting competitions for 30 days. Government has imposed a similar ban on fetes and gatherings larger than 50 persons.