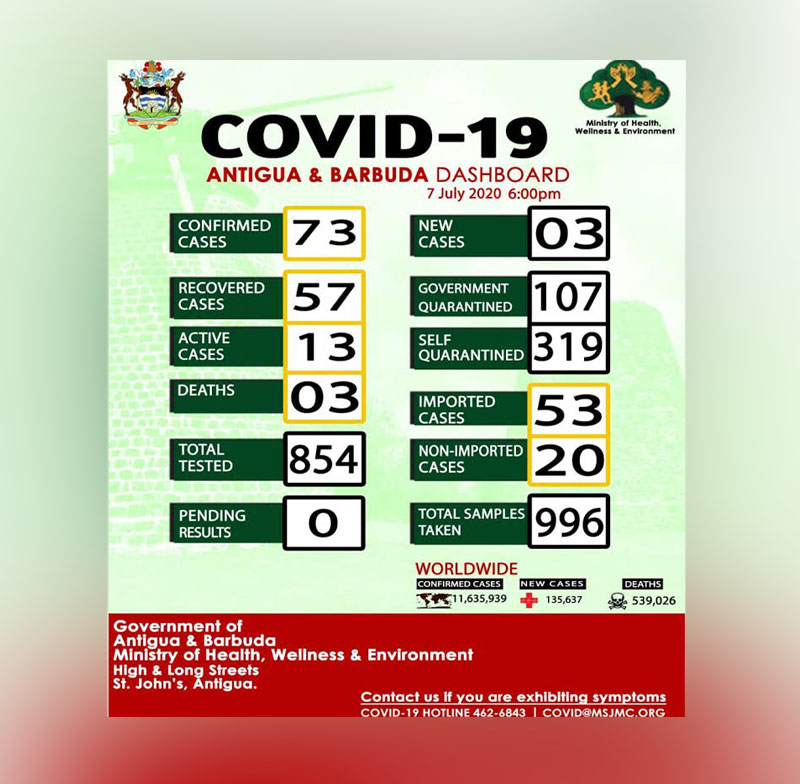 The country has recorded three more cases of the coronavirus from the latest batch of 57 samples sent to Trinidad for testing.

A total of four tests returned positive results – one was a repeat sample from a previously recorded case. Six of the remaining negative results were also taken from former Covid patients.

A statement from the Ministry of Health released last night said the three new, laboratory confirmed cases were associated with people repatriated from the Dominican Republic on June 19 “who were placed in quarantine and subsequent isolation”.

It is not clear how the latest infections occurred or came to light – and attempts for clarification were unsuccessful up to press time.

Meanwhile, as a result of testing carried out in the last few days, 35 of those who returned from the Dominican Republic will be released from quarantine.

Antigua and Barbuda has now officially recorded 73 cases of Covid-19 since the outbreak of the pandemic. Of those, three people have died, 57 have recovered and 13 cases remain active, according to the latest dashboard published by government.

More than 300 people are said to be in self-quarantine, with 107 in government-designated quarantine facilities.

Worldwide, to date, almost 12 million people have been infected with the virus which has killed more than half a million.