Clamour for justice intensifies 2.5 months after murder of Jane Finch, Family say they’re ‘hurt to the core’ by loss of a ‘truly beautiful human’ 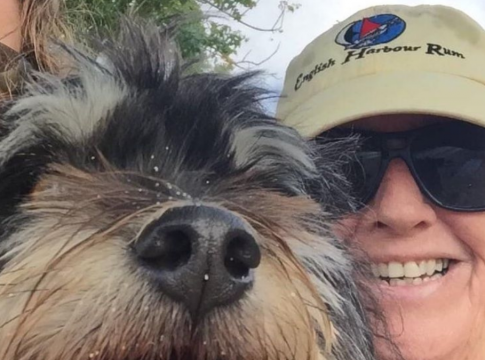 Cries for justice continue to ring out for a Piccadilly woman found dead shortly after posting a desperate plea for help on Facebook as a deranged assailant apparently smashed her way into her home.

Two and a half months have passed since Jane Finch’s lifeless body was found later that October 4 night in her living room with injuries to the back of her head.

It’s certainly not the only homicide this year still yet to see a murder charge laid. What makes Finch’s stand out is the circumstances which appeared – at least initially – to be cut-and-dried. While a woman allegedly found at the scene was charged with burglary a few days later, a potential murder charge is said to be hinged to an ostensibly elusive psychiatric report.

The 21-year-old defendant appeared before magistrates on October 8 and was remanded to prison pending the results of a psychological evaluation.

Ten weeks later that is yet to materialise.

This week, Director of Public Prosecutions Anthony Armstrong told Observer the court system had not yet made an official request for one to be carried out.

Insiders say consistently tardy payments to the country’s sole psychiatrist saw ties with certain court personnel severed more than two years ago. Dominica-based psychiatrist Dr Griffin Benjamin has occasionally been called to step in instead. But not this time: when called by Observer, he confirmed he was yet to receive any such request.

Police have been largely tight-lipped on the pace of the probe, save for the standard line that the “investigation is continuing”.

One thing is for sure. It translates to an excruciating wait for redress for Finch’s family who say they are barely functioning and “hurt to the core”.

It also does little to assuage the fears of female residents living alone – or bolster the country’s image as a safe, low-crime destination, where the rule of law prevails, to the tourists, investors and second home hunters it seeks to attract.

“I can’t understand why it should take so long. I would imagine for a matter as important as this that there should have been a psychiatric assessment by now,” he said.

“The commissioner of police should insist upon seeking to have the evaluation done as soon as practicable.

“I would really appreciate the report myself so I know exactly how to proceed,” he added.

Police Commissioner Atlee Rodney did not respond to requests from Observer for comment but he recently told state media that his officers had been working with external agencies to tie up some loose ends.

Armstrong told Observer a psychiatric report might typically take “three to four weeks, depending on workload”.

Armstrong explained that a defendant has to understand the nature of the charge they are facing.

“Without the psychiatric report the murder charge would be a nullity,” he said, adding that once a defendant can wholly understand the proceedings before them, police can then continue their work and lay appropriate charges.

Robinson agreed, saying, “The question is whether or not at the time of the incident a defendant knew what they were doing – and also that they knew it was wrong.”

Questions linger then over how the defendant was able to be charged with anything at all – and how conducive the national prison, where she is being held, is in ameliorating one’s mental state in contrast to a psychiatric institution. She is due to appear before court again in January.

Last month, a thanksgiving service took place at Dow’s Hill Interpretation Centre in memory of 66-year-old Canadian-born Finch who had made Antigua her home more than 40 years ago. Among those in attendance were Finch’s only son, Jareese, and her sister who both jetted in from overseas.

Joanna Finch described her sister, a writer, sailor and tour rep, as a “truly beautiful human”.

“I wake up crying most mornings, or cry all evening,” she told Observer. “Of everyone in my life, she’s the only person who really knew me; I relied on her to be there.

“She was my rock. My reality check. And she loved me. I miss her every day, and it hurts me to the core that she was taken from us in this horrible, horrible way.”

Last year, Jane and Joanna suffered the heartbreaking loss of their mother.

“We also have three brothers but I was closest to Jane. Now both of my women are gone,” Joanna continued.

“It’s one thing to lose your sister – that’s hard. But for her to be murdered… Grief comes in waves and you don’t even realise how deeply it affects you,” she explained.

“Jane was one of the most powerfully determined, hard working and generous people I have ever known.

“From the time she was little, she was a very strong advocate for helping other people, especially the underdog. If anyone was suffering she would reach out and help them. She was full of love, kindness and generosity.”

The last conversation Joanna had with her sister was via Facebook Messenger just a few hours before she died. Thankfully, she says, she didn’t go back online that night to read the last post Jane would ever write.

“It would have been horrific to be watching that in real time like everyone else was,” she said.

“But I know the details of her death and I think about that a lot; I keep imagining a different outcome – the police getting there sooner, her being revived. It’s all really ugly.”

Joanna added, “Justice must be served and I am not going to let it go, but it has to be done in keeping with Jane’s spirit. We will be seeing things through with patience, dignity and respect.”