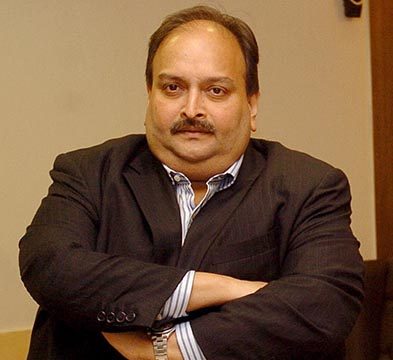 Indian-born diamond dealer Mehul Choksi will appear before Dominica’s High Court this morning, to hear a matter concerning his arrest and subsequent charge of illegal entry into the nature isle.

High Court Judge Birnie Stephenson will hear arguments from the four Dominican lawyers representing him, who filed a writ of habeas corpus last week, to determine if his detention was lawful.

If the judge rules in the police’s favour, Choksi, legal experts say, could be fined for illegal entry and returned to Antigua and Barbuda. If, however, the judge instructs that he was illegally arrested, the matter will then have to proceed in court.

The 62-year-old was arrested by lawmen in Dominica who said he entered the country illegally on May 23.

But Choksi, who is wanted by Indian authorities on a string of criminal charges relating to a massive bank scam, claims he was abducted and forcibly taken there.

The lawyers representing Choksi in Dominica – Wayne Norde, Julien Prevost, Cara Shillingford-Marsh and Wayne Marsh – were last week issued with gag orders by the court, preventing them from speaking publicly about the high-profile case.

However, Choksi’s Antigua-based attorney, Justin Simon QC, said yesterday that there’s strong evidence pointing to the abduction of his client.

“There appears to be a lady who had befriended him. There was this friendly exchange. She invited him to her place and as soon as he entered there, he was pounced upon by about four men dressed in black who placed a hoodie over his head. He was beaten and taken away on a yacht,” Simon said.

Choksi claimed that he was Tased several times by the abductors who were forcibly pressing him for information regarding bank accounts outside of India, among other things.

He said during the boat ride that took several hours, his kidnappers were constantly on the phone speaking with those he believed were “people in power”.

He said when his kidnappers arrived at the destination — which was later confirmed as Toucari Bay on Dominica’s north coast — he was handed over to the Coast Guard who whisked him away.

Simon, a former Attorney General of Antigua and Barbuda, suspects that a plan devised by “powers” in Dominica and Antigua to secretly extradite Choksi to India was botched.

“I can only assume that because of the good relation between the Dominica and Antigua heads of government, they chose Dominica.

“There is a jet in Dominica at the airport and in it came Indian diplomats. It was their intention for nobody to know what was happening and he would have then been on that jet and over to India,” Simon said.

India media reported yesterday that an eight-member multi-agency team from India is indeed in Dominica to bring back Choksi.

One news agency suggests that the team members will be present at today’s court hearing and will assist the prosecutors.

Sharada Raut, the CBI’s chief of Banking Frauds, is said to be a key member of the team as the officer heading investigations into the Punjab National Bank (PNB) scam that involves billions of US dollars apparently extracted by Choksi and his nephew Nirav Modi as loans from the state-run bank with the use of fake documents.

And, if everything goes as planned, the same team will bring the jeweller back to India in the private jet they took from Qatar to Dominica. Choksi will then be formally arrested at the airport in Delhi when he lands.

But that involves many ‘ifs’ at present, including the fact that his lawyers are confident that he cannot be extradited to India for several reasons.

As far as Simon is concerned, Choksi cannot be released to India because “I am not aware India made any extradition application to Dominica”, he said.

Meanwhile, Choksi’s lawyer in India, Vijay Aggarwal, said yesterday that “all these theories of Mehul Choksi fleeing from Antigua voluntarily are opposed to common sense”. “Firstly, he has a stay in his favour in Antigua and secondly, I have been informed that his passport is in Antigua. Nobody will try to escape without having his passport in his pocket,” A