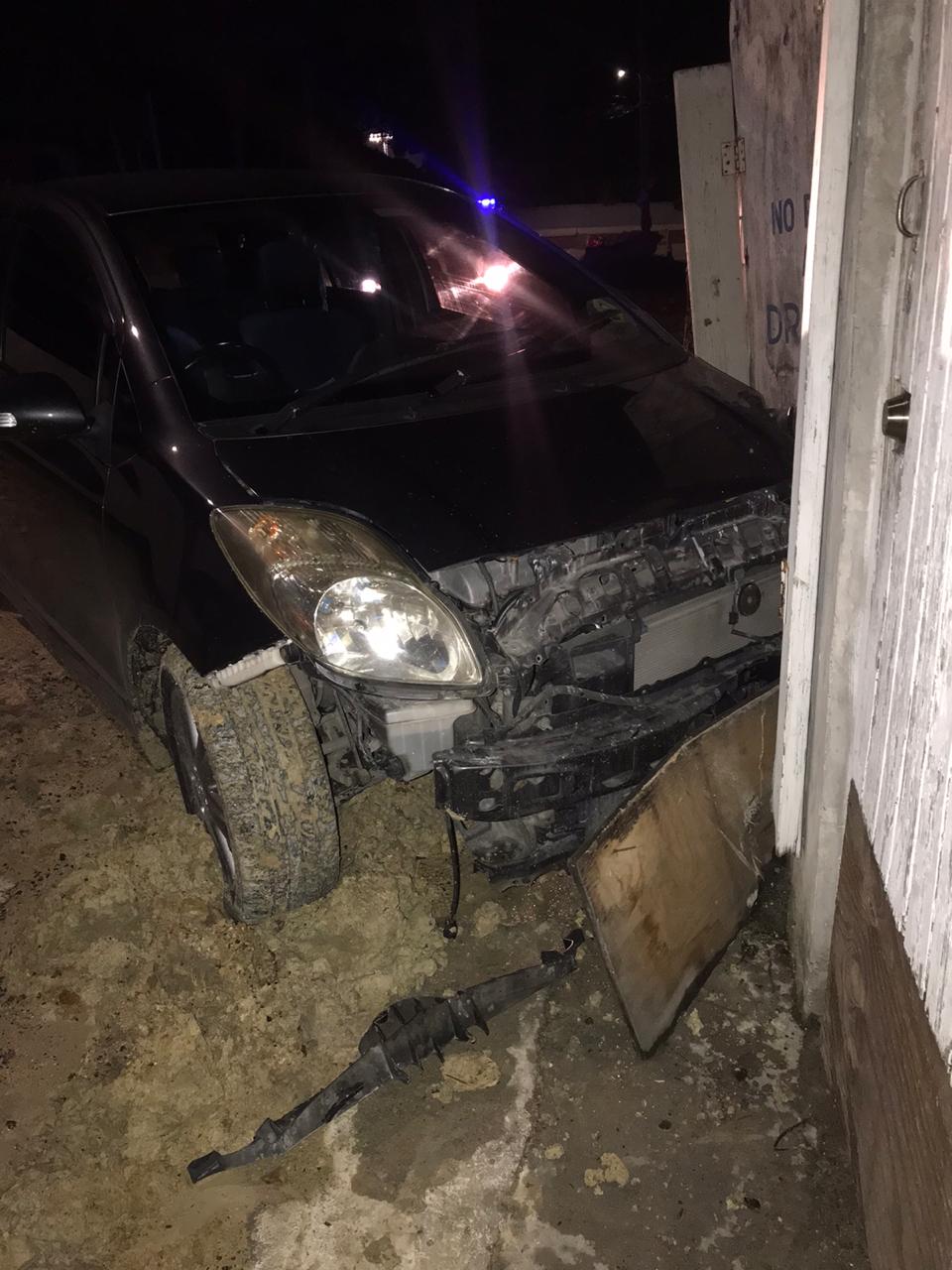 The allegations are that police were in pursuit of the driver and occupant of a grey Toyota Vitz car as a result of a prior traffic violation. The said vehicle travelled along Nevis Street from west to east at an accelerated speed, and collided into the rear portion of another vehicle on Independence Drive.

A bus driver, travelling from north to south on Independence Drive, apparently collided with a tree in an effort to avoid a head-on collision.

The vehicle eventually came to an abrupt stop on Upper Bishopgate Street, after striking a concrete wall. Both the driver and occupant allegedly fled the scene on foot. One man was later apprehended and is in police custody assisting further with the investigation.