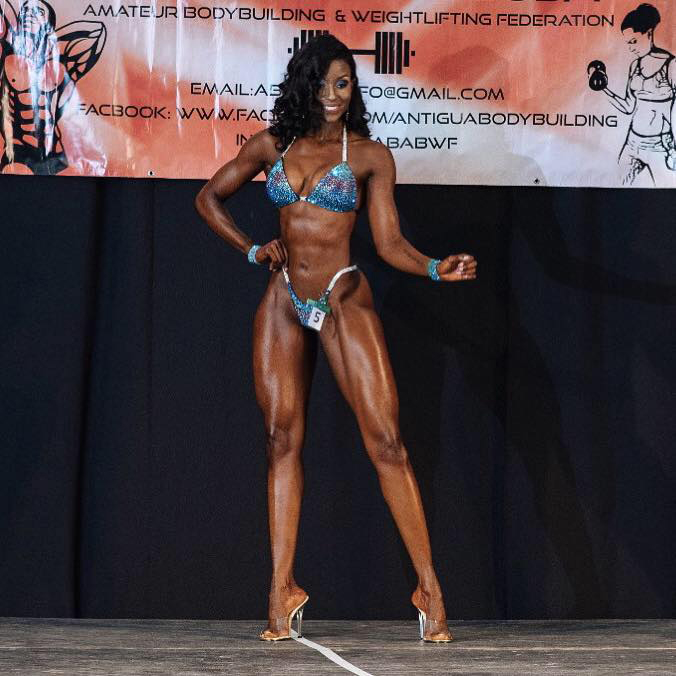 The Antigua and Barbuda Amateur Bodybuilding and Weightlifting Federation (ABBWF) will be seeking, for the first time in its history, to host its national championships via a virtual platform.

This was revealed by newly elected Vice President and professional bikini athlete, Kimberly Percival, who said the body has made submissions to both the Ministry of Sports and the Ministry of Health outlining its plans.

“Essentially what we are going for is a virtual event or almost a pay per view event so there would be no physical patrons at the venue so the only bodies that would be present would be the competing athletes, the judges’ panel and so on,” she said.

“We have selected a venue that would be big enough to allow for everybody to be well spaced out and it would be no different from us as athletes here tuning into a live stream to watch world championships in Spain where we would pay for access to the live stream and tune into the show and watch it – so it’s more or less the same concept,” she added.

Percival said the executive, led by President Hazel Went, met with the athletes and decided on the way forward for this year’s show.

“One of our main focus is to adapt to the situation because I think everyone is well aware that Covid will not just disappear overnight so in an effort to keep bodybuilding moving forward we have come up with a concept to host nationals.

“We have decided on a potential date, venue, protocols and so on and put it forward to the membership and the body because obviously we need athletes in order to have the event and they are very much onboard with what we are suggesting.

“We are at the point where we have formulated an official protocol [document] and have recently submitted it to the Ministry of Sports and the Ministry of Health for consideration and possible approval,” the athlete said.

Opting not to reveal the tentative date for the competition, Percival said the show could take place later in the year in an attempt to give competitors enough time to prepare.

“Gyms are currently closed and we are trying to allow for enough time for the athletes to be able to prepare and so hopefully gyms are reopened like we are seeing in restaurants and we are gradually reopening and returning to what was our previous normal so we chose a date that would allow for the athletes to have an opportunity to really prepare properly and represent at the show,” she said.

The bodybuilding federation was forced to cancel its national championships last year due to the coronavirus.