The police have confirmed the end of a search for a man who disappeared under water at Creekside Friday after the body was found Saturday morning.
Lawmen told OBSERVER media that the Antigua and Barbuda Defence Force Coast Guard and divers from the Ministry of Tourism pulled the body of 43-year-old Samuel Gunthropes from the water at Creekside around 11:23 am today.
He last resided at Clarehall.
According to the police, Gunthropes and three other people apparently went fishing in the area on Friday sometime after 6pm.
It was reported that he went into the water in an attempt to use a fishnet for his catch but disappeared under the water.
His friends reported the matter to the police. No foul play is suspected at this time as the police note there were no marks of violence on the body. 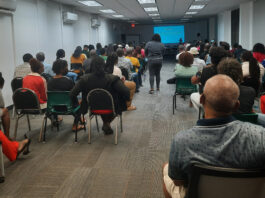 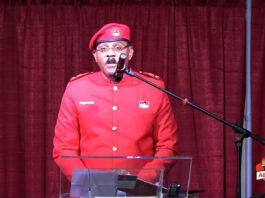 PM Browne to boycott Summit of the Americas 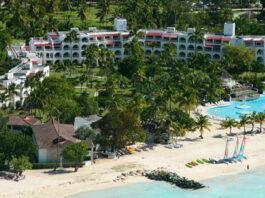 No resolution to Jolly Beach Resort matter for at least two...