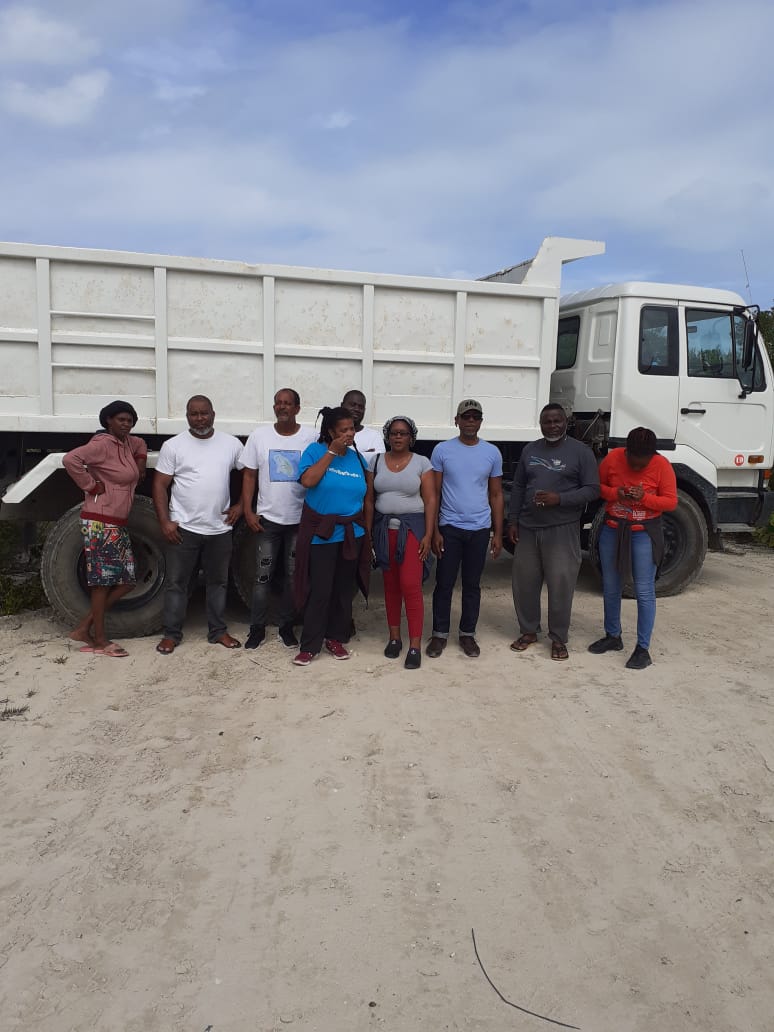 Frustrated Barbuda Council members blocked the main entrance to the PLH development at Palmetto Point on the sister isle this morning.

The Council said they had become increasingly frustrated at the several unanswered requests for a meeting with the development company to address environmental concerns over the possible impact of ongoing work at the Ramsar-protected site.

At this morning’s blockade was Barbuda Councilman with responsibility for Lands and Marine Affairs, Devon Warner. He explained, “Up to today, they have not taken heed to our request to meet, so the Barbuda Council took action to force them to come to the table.”

As a result of the road blockage, PLH workmen were unable to access the development site for most of the morning.

Policemen, however, were called to the scene to address the growing crowd that, at that point, included many Barbudans who either came in support or as lookers-on to the events.

The lawmen held discussions with the Council and Barbuda MP Trevor Walker and tensions apparently were calmed as the protesters eventually agreed to clear the road.

“Because we didn’t inform them that we were going to be blocking the roads, they came and advised us that [on what to do] next time,” Warner said.

While giving commendation to the police for their handling of the situation, Warner said, “the whole intention of today was not to have anything escalate into a brawl or free-for-all per se. It was just to get the developers to sit with the authority in Barbuda.”

According to the councilman, PLH officials did make contact with the protesting Council members and agreed to a meeting in the near future.

“I don’t know if it’s going to be today, but the information we got is that they will meet with our secretariat to set up a meeting,” Warner reported.

“But if they do not come and sit with us and they start back work in the area,” Warner warned, “this action will be repeated. And this time, it will not be just with the Council… the people of Barbuda will join in.”