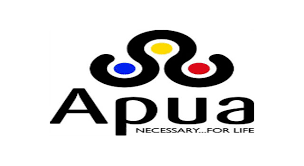 Residents are welcoming the announcement of an agreement between the government and APUA that will provide much needed relief as the nation grapples with the Covid-19 pandemic.

According to the weekly Cabinet notes, the utilities company has agreed to cease all disconnections of water and electricity to households for a period of three months.

It has also made a commitment to reconnect APUA customers who had been recently disconnected — except for theft of utility services.

During the months of April, May and June, APUA will also be reducing the cost of electricity by 20 percent to households.

Customers were also asked to make payments to APUA if they are still gainfully employed, since the moratorium on payments will cause their debt to APUA to accumulate and become payable in the future.

“Economically, it is a good move for the country, one that will benefit the country and the society at large. I applaud such a move and wish that food cost would have been addressed as well,” said a mother-of-two, who is still employed.

The owner of a preschool and daycare centre, which was forced to close following a government directive, also commended the move.

However, she is encouraging people who are still working to continue paying their bills as long as they are able to, especially since they will be having the benefit of the reduction.

Meantime, a male who is employed at restaurant stated that, “it is a good idea because we need the help. I work in a restaurant and right now things are not looking good for us”.

Another male, whose job is also uncertain at this time, explained that while the initiative is good, there should be a total write-off after three months.

He said people who are not working at this point may encounter difficulty in trying to reduce an accumulated bill once they regain employment.

Chief of Staff in the Office of the Prime Minister, Lionel Hurst, told Observer yesterday that while the state-owned company has its own share of issues, the government is trying to bring some comfort to residents, most of whom are now at home after mass workplace closures.

The management of APUA is expected to release a statement some time today to provide more details about the agreement.