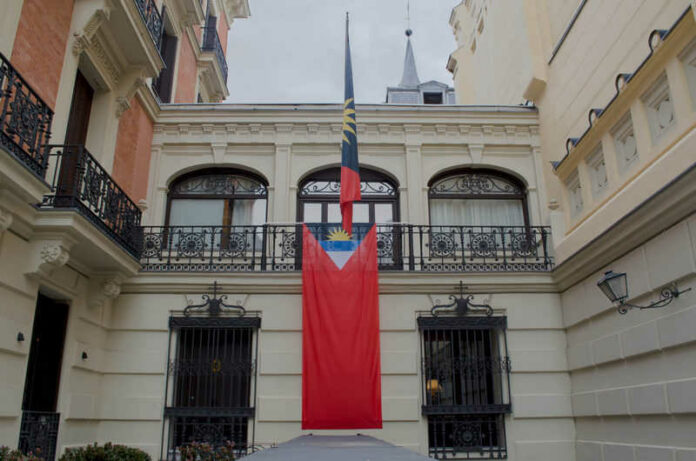 Dario Item, Antigua and Barbuda’s Ambassador to Spain, the Principality of Monaco and the Principality of Liechtenstein, has established a consulate located in the City of Monte Carlo to help promote the twin island state by encouraging investment and attracting tourists.

This is the first of its kind for any ambassador representing the nation.

Ambassador Item told Observer media that the embassy was built to also assist citizens of Antigua and Barbuda who are transiting through Monaco.

The new consulate will be headed by Consul Général Dr Marco Garavaglia.

“It also reflects Antigua and Barbuda’s commitment to providing high-quality consular services to its citizens abroad,” he added.

Antigua and Barbuda also has permanent missions at the UN in New York, the OECS in Washington DC, and the UNWTO in Madrid.

The Embassy in Madrid was established in 2018 and Ambassador Item was appointed as the head of mission.

In 2022, Antigua and Barbuda became the 160th member of the World Tourism Organization (UNWTO), which is based in Madrid.

According to Item, UNWTO programmes provide a perfect opportunity for discussion among member countries about important issues like technology, tourism, and the economy.

“The creativities of the UNWTO provide opportunities to continue to enhance the quality of services provided in the tourism sector in Antigua and Barbuda. It also allows the country to position itself at the top, especially where international players are concerned,” Item said.

Ambassador Item holds degrees in both law and political science, a PhD in criminal law and an LL.M in transnational financial crimes.

He has been a lawyer and notary public in Switzerland for more than 25 years and is also active in asset management and investment banking. In addition to English, he is fluent in French, German, Spanish, and Italian.