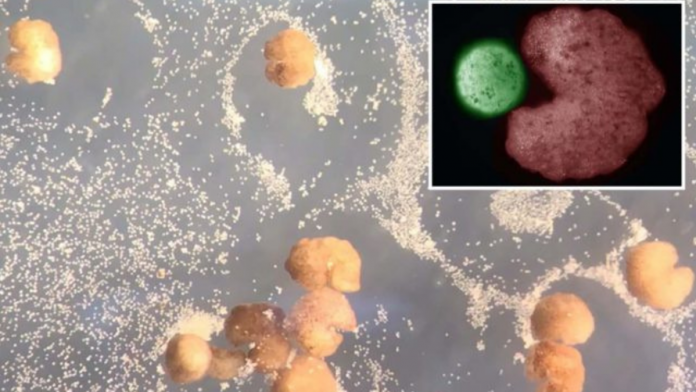 (CNN)The US scientists who created the first living robots say the life forms, known as xenobots, can now reproduce — and in a way not seen in plants and animals.

Formed from the stem cells of the African clawed frog (Xenopus laevis) from which it takes its name, xenobots are less than a millimeter (0.04 inches) wide.

The tiny blobs were first unveiled in 2020 after experiments showed that they could move, work together in groups and self-heal.

Now the scientists that developed them at the University of Vermont, Tufts University and Harvard University’s Wyss Institute for Biologically Inspired Engineering said they have discovered an entirely new form of biological reproduction different from any animal or plant known to science.

“I was astounded by it,” said Michael Levin, a professor of biology and director of the Allen Discovery Center at Tufts University who was co-lead author of the new research.

“Frogs have a way of reproducing that they normally use but when you … liberate (the cells) from the rest of the embryo and you give them a chance to figure out how to be in a new environment, not only do they figure out a new way to move, but they also figure out apparently a new way to reproduce.”