Workshop highlights the need for innovation policy in Antigua

The need for an innovation policy to stimulate the private sector was among the topics of discussion between stakeholders on Thursday.
Under the theme, “Stimulating Private Sector Development and Economic Growth”, The Ministry of Finance in collaboration with Compete Caribbean Partnership Facility hosted the workshop in an effort to start a dialogue on generating innovation in the private sector.
Compete Caribbean is a programme which provides assistance, funding and support to the private sector. It currently supports 15 Caribbean countries and is funded by the Inter-American Development Bank, the United Kingdom Department for International Development and the Government of Canada.
Financial Secretary in the Ministry of Finance, Whitfield Harris Jr told OBSERVER media, that although Antigua does not have an innovation policy in place, there is a need for an integrated one.
“So far, the government has been articulating education, youth and health policies,” said Harris. “However, these policies should be integrated to focus primarily on innovation.”
In attendance were representatives from governmental bodies such as the Ministry of Energy and the Department of Marine Services, as well as members of the private sector including founders of local applications like “TickeTing” and “The Local App”.
“Our role as the public sector is to stimulate and facilitate growth in the private sector” said Strategic Development Coordinator in the Ministry of Finance, Hortensia Brookes.
Many challenges to private business include, “access to finance… scarcity of resources and not enough competition within informal sectors,” remarked Project Development Manager at Compete Caribbean, Stefano Pereira.
Pereira suggested that these challenges could be overcome through creating a balance between the private sector and public-sector support programmes like venture capital assistance where investors can mentor potential local entrepreneurs.
Russell Franklyn, also a Manager at Compete Caribbean even referenced Antigua’s Citizenship by Investment Programme (CIP) by suggesting that knowledge, rather than just money could be brought into Antigua.
“Where can we improve a programme like that where people not only bring money, but bring knowledge which could in the end raise the level of some sectors such as tourism, agro-processing?” asked Franklyn.
“No matter how many things are put in place for innovation, if you don’t have the major human capital, then it wouldn’t happen,” said Director of Antigua and Barbuda Bureau of Standards, Dianne Lalla- Rodrigues. “It starts from having a proper science technology and innovation policy in place.”
(More in today’s Daily Observer) 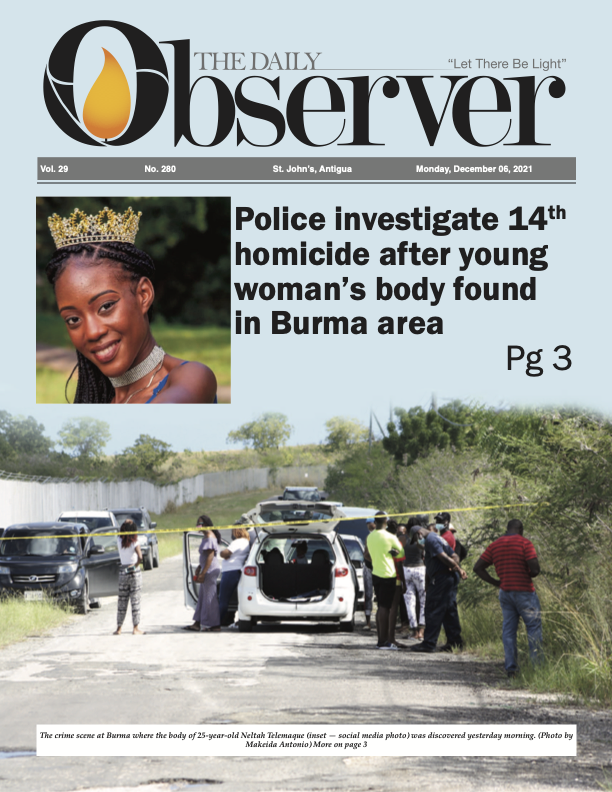 Don Corleone, he of a high place