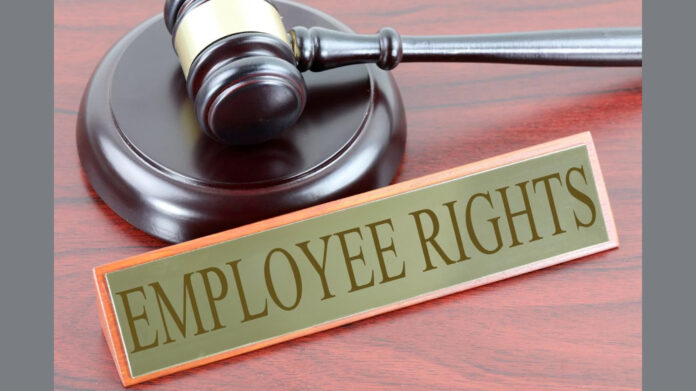 Workers in Antigua and Barbuda are being encouraged to exercise their right to join a labour union, as tensions between employees and employers, predominantly in the public sector, continue to escalate.

The Central Board of Health (CBH) was the site of the most recent bout of industrial action, as dozens of workers refused to carry out their daily duties in protest of the nonpayment of outstanding backpay, including overtime.

Several of these incidents took place throughout the public sector over the past few years, especially during the height of the Covid-19 pandemic when workplace relations fell to an all-time low.

Issues relating to remote work, vaccination status and salary restrictions polarised these workplaces, with many of the parties involved on both sides new to these types of challenges.

And according to General Secretary of the Antigua and Barbuda Workers Union (ABWU), David Massiah, establishing an official partnership with a union is even more important these days for that reason.

“The issues that are now impacting us are unknown to a number of people. When you look at a situation coming out of the pandemic [where] people are working from home, the simple issue where an employee gets injured [while working from home], who will really cover that employee? Because they’re not on the employer’s site.

“These are some of the new paradigms that are going to come, which we are discussing in the international fora – the transformations, the downsizing, the reduction in workforces, the development of new types of employment that were not covered; what is happening and how do we deal with it,” Massiah explained.

He appealed to the many workers across the country who remain without union representation – some, out of fear of sociopolitical victimisation – to engage the union of their choice, sharing a rundown of the process.

The Labour Department will also then make the other unions aware of this new interest, for transparency purposes, before a decision is made by the employees themselves by way of an internal poll.

“Once the workers voted for a union, nobody can come and change that, no matter what. It could be 10, 20 years down the road, you cannot change it just like that, it [would have] to go through another process,” Massiah advised the public, including workers who may fear being met with resistance.

He also assured the workers of his union’s commitment to serving their interests, noting that, “We’re not perfect, but we are surely going to be resolute in our defense of the working class in Antigua and Barbuda”.