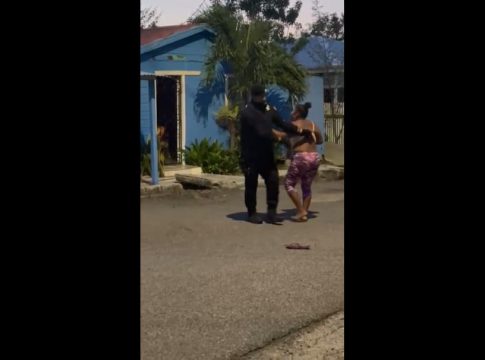 The woman seen on video in what appeared to be a struggle with a police officer making rounds on social media last week has been slapped with 8 charges from police.

The woman pleaded guilty to using indecent language but not guilty to the other seven charges.

She will be placed on trial in the St. John’s Magistrates’ Court sometime in September.