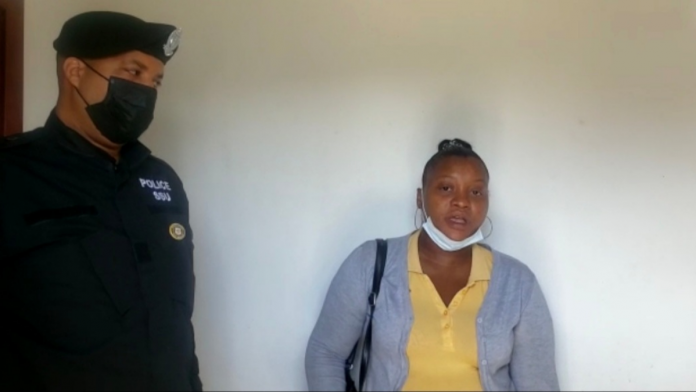 The woman who appeared on video in a struggle with a police officer in July 2021 was today found guilty of all eight charges against her.

She was also asked to publicly apologize to the arresting officer, Constable Esprit for saying that he interfered with her.

She admitted in trial on Thursday, 21, October that she lied on the officer. A witness also testified to hearing the officer ask her three times to place her mask on properly right before she began to misbehave.

She was fined $1600 for battery which must be paid by the end of the year or she will spend six months in prison in default.

Benjamin was reprimanded and discharged for the other seven charges.