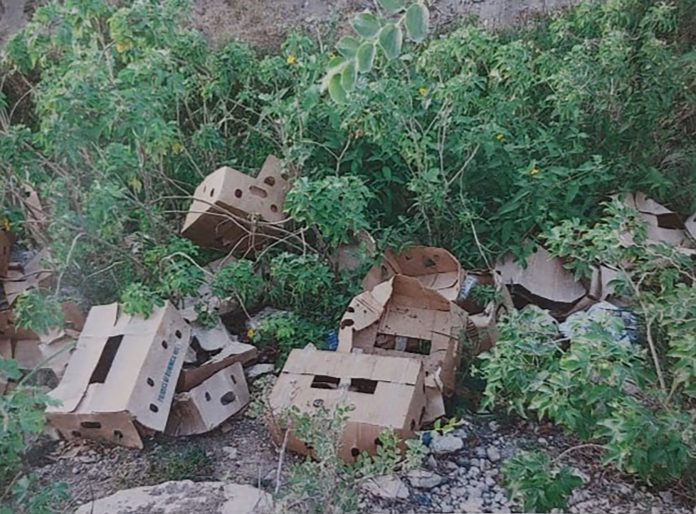 A New Winthorpes woman was ordered to pay $6,000 to the state for dumping several boxes into a gutter on two separate occasions.

Judiana St Louis was observed on the afternoon of March 7 getting out of the driver’s side of a vehicle which pulled up on Burma Road, Pigotts.

The defendant began dumping boxes into the gutter by the fence surrounding the VC Bird International Airport.

An eyewitness contacted Litter Control and Prevention Department two days later and made a report.

Then, some time after 6pm on March 17, two witnesses observed the same vehicle with someone throwing boxes into the same area and the department was contacted again.

The investigation led them to St Louis who was contacted and subsequently charged.

As a result, on March 22, a male and female were observed by two individuals removing the boxes from the gutter. They placed them in the vehicle and made several trips until the area was clear.

She was fined $3,000 for each charge with a default prison time of six months each if she fails to pay all of the monies by December 17.