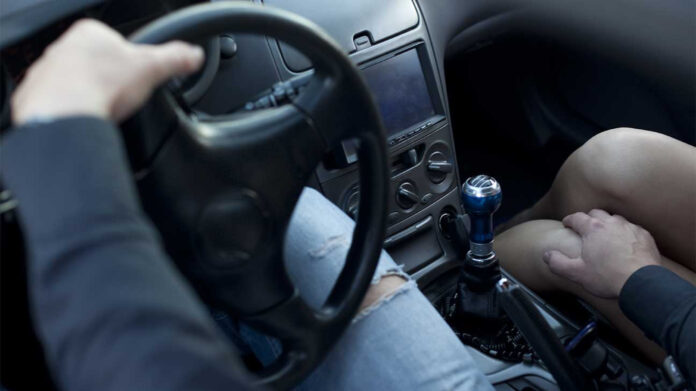 A 37-year-old Pigotts woman who claims she was sexually assaulted by a prominent businessman is calling for justice.

The woman, whose identity is protected because of the nature of the crime, told Observer that she had been sheltering from the rain under a shed in her community on February 2 when a vehicle pulled up and offered her a lift to town.

It was broad daylight, just after 1pm, and with no clue when public transportation would arrive, the woman said she decided to accept the lift from the businessman who drove a white vehicle.

“During that ride, I was sexually assaulted in the vicinity of Gambles. He parked in front of a house in a secluded area. He groped my breast, put his hands between my legs and he masturbated in my face,” she explained.

The woman said the man, who was considerably stronger than her, locked his vehicle doors and wouldn’t let her out even while she used force to resist him.

The woman said she walked the streets crying, looking for the nearest police station when she was spotted by an officer who noticed how disoriented she looked.

“A police officer met me crying and took me to the police station. I spoke to the officers about the matter. I was emotional and they sent me to the hospital with a medical form stating that my breast needs to be examined because I was allegedly groped,” she explained.

She said she queried how a doctor could examine her for groping when there were obviously no physical marks. However, she said she proceeded to the Sir Lester Bird Medical Centre where she allegedly spent a wasted 26 hours.

“If someone touch my breast, there won’t be any physical evidence but I still went and after 26 hours at the hospital I called the police station and they told me to return to the station,” she said.

The woman said after again receiving no assistance from the cops she proceeded to the Department of Gender Affairs where she gave a four-hour statement. However, the department made it clear that they may not be able to help since penetration was not involved. She claimed staff promised to follow up with her but have so far failed to do so.

“They told me they would contact me. That was the first week in February. On March 1, I contacted a lawyer who got in contact with the police.

“I went down to the station again and I was told that I needed to give the statement again. I was told I would be contacted and I have not been contacted since,” she said.

She said she simply wants law enforcement officers to take sexual assault reports seriously, even if no penetration was involved.

“I see this man all the time. He looks straight in my face when he sees me. This man has broken me more than anything else.

“Why aren’t the police taking this seriously? What if he had killed me? He should be arrested and the courts need to decide,” she said.

Police spokesman Inspector Frankie Thomas said the matter is being investigated with lawmen looking into the allegations to verify the claims.