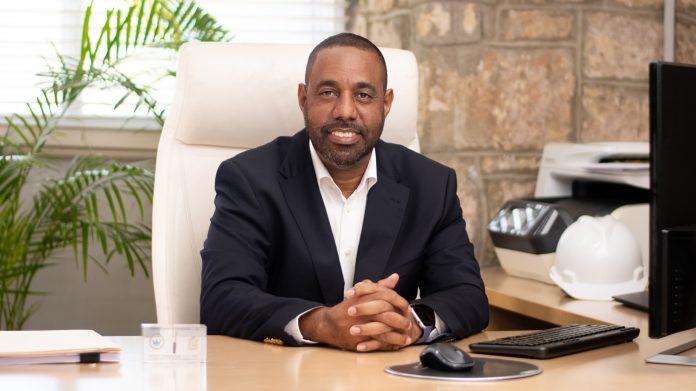 As the world pays attention to the conflict between Russia and Ukraine and the possible effect on supply chains and oil prices, residents are being assured that there’s adequate oil supply to last for some time.

“We do not for see any supply disruptions at all. We have adequate supplies in tank and we have a reliable source. So, the issue is not one of supply disruption, but will certainly be an issue of increases in cost,” Georges said.

Barbados recently announced plans to explore old oil wells in order to avoid major impact should there be a global shortage.

Georges revealed Brent crude oil, which is a type of relatively light oil, hit over US$104 on Thursday following Russia’s invasion of the Ukraine — the highest price for the commodity in about eight years.

“The fact is, we have been seeing a steady increase in crude prices from say, December last year, when crude traded in the range of US $70 per barrel and therefore at $104, you’re looking at a 40 percent increase in just less than three months.

“Indeed, we are seeing a steady increase in crude prices since 2020 where the Honourable Prime Minister Gaston Browne disclosed in his budget speech that due to increasing crude prices the consumption tax taken by the government was actually down just about EC$32 million in 2021 versus their take in 2020,” he added.

However, the WIOC CEO explained the issue of whether fuel prices increase in Antigua and Barbuda rests with the government.

“Now from all that I read clearly indicates to me that this Russia-Ukraine crisis will not be short term and therefore petroleum prices are likely to escalate certainly in the short term, say three months, and even a longer term. I have seen predictions of going up to US$120 per barrel and I have seen some saying as high as $150 per barrel.

“Ultimately, the government, through the Ministry of Finance, will determine price levels at the pump for gasoline and diesel,” Georges said.

He warned that increases in the price of oil could also impact APUA.

“They will certainly experience higher costs for heavy fuel, oil and diesel. So, again, it will be a decision for the leadership as to how they will manage in an environment of worldwide cost increase of petroleum products,” Georges concluded.

On Thursday morning, Russian forces launched an assault on Ukraine, crossing its borders and bombing military targets near big cities.

Russian military vehicles are reported to have breached Ukraine’s border in a number of places, in the north, south and east, including from Belarus.