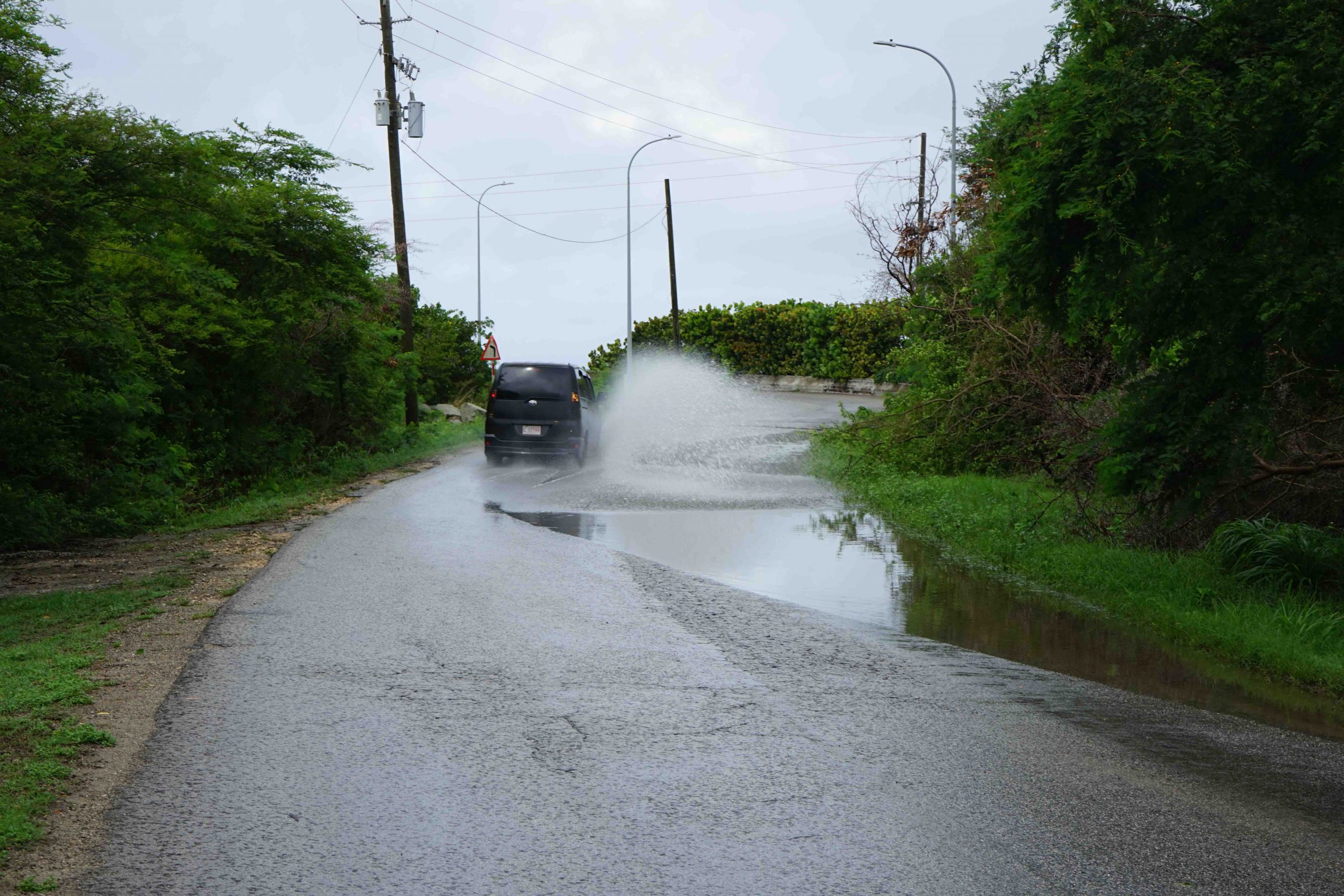 This morning’s potential cyclone may not have made it to tropical storm status but its high winds were enough to cause minor damage while dumping an inch and a half of welcome rain on the nation.

An electrical pole was downed at Cades Bay blocking the coastal road. Many residents lost power at around 4.30am – with some communities still experiencing outages. Minor tree damage was widely seen, along with several incidents of localised flooding, including to major highways, causing hazardous conditions for motorists.

None of the 60-plus hurricane shelters were used, disaster officials confirmed.

PTC9 is now heading west at around 23mph with maximum sustained winds of 45mph. Tropical storm warnings are in place for Puerto Rico, the Virgin Islands, Dominican Republic, Turks and Caicos, and the south-east Bahamas, among others.

Environmental conditions are expected to be conducive for additional development, and a tropical storm is still forecast to form later today or tonight.