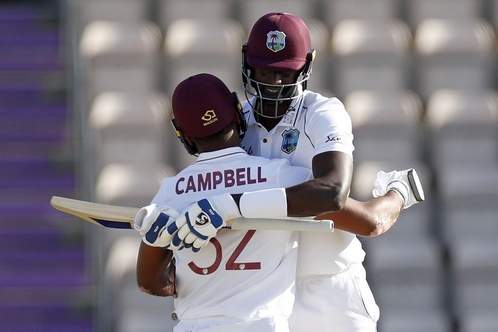 Victory in a match that marked international cricket’s return from lockdown put the West Indies 1-0 up with two to play in a behind closed doors series.

The second Test at Old Trafford starts on Thursday.