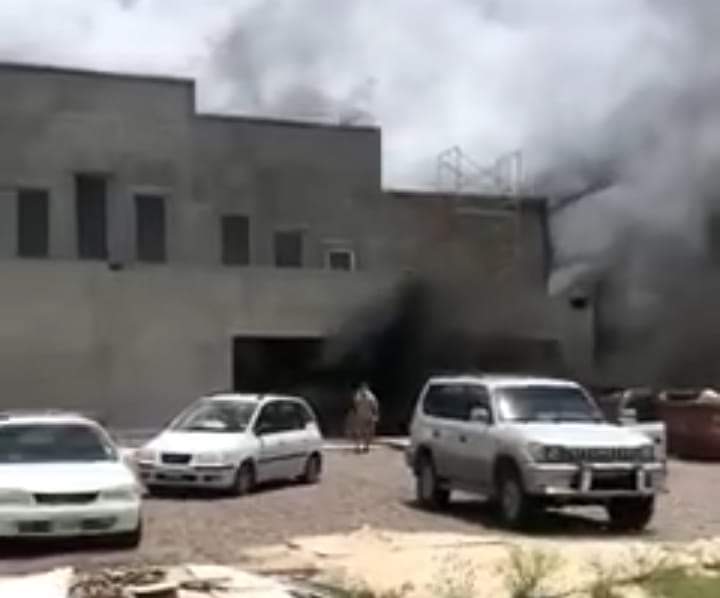 It is believed that the fire which destroyed a steel structure on the Blue Waters main road earlier today was caused when flammable materials were ignited by heated metal fragments from welding work which was taking place on the site.

The welder said he was upstairs when he began to smell smoke, then suddenly he witnessed smoke coming through a hole in the floor underneath.

He added that when he investigated the origins of the smoke he saw the raging fire and quickly evacuated the building.

Attempts by firefighters to extinguish the fire with water and foam proved unsuccessful so they were forced to wait for the fire to burn out on its own. The building was completely destroyed by the fire.

The building was owned by businessman Paul Aflak of Crosbies.

No one was injured and no other properties were damaged.