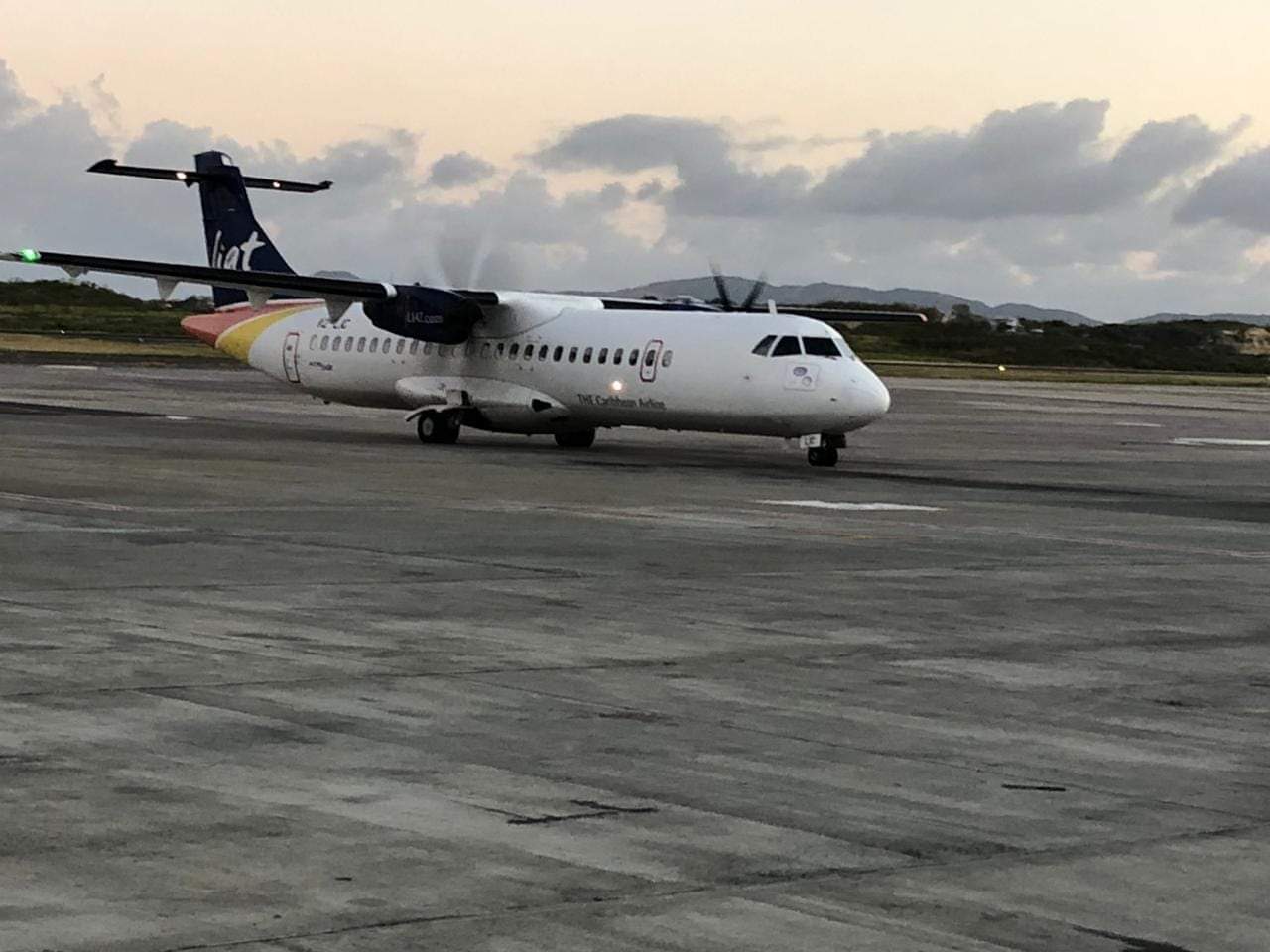 Even though 48 students arrived safely at the VC Bird International Airport (VCBIA) early Friday evening, their parents, other relatives and friends will not be able to get up close and personal with them anytime soon.

The LIAT AR-7200 aircraft that brought home the group who were pursuing studies at the University of the West Indies (UWI) Mona in Kingston, Jamaica touched down shortly after 6 pm.

According to Minister of Education, Michael Browne, the chartered flight brought home 46 Antiguans and six Montserratians who had communicated they were undergoing dire straits due to Covid-19 restrictions in Jamaica.

After undergoing the relevant processing and checks, the Montserratian students were immediately transported to the dock in St John’s where they boarded the ferry to continue the journey to their homeland. On arrival at the Emerald Isle, they would be placed into mandatory quarantine.

Similarly, after they were cleared, yesterday, the Antiguan students were also bussed to the Hawksbill Hotel where they will also spend the next 14 days in quarantine.

All the stipulated protocols and conditions had been agreed to during the discussions with the Antiguan parents and the Montserratian authorities.
The minister also expressed gratitude to a number of local corporations, individuals and businesses that came forward to meet the expenses related to the chartered flight.

Minister Browne also disclosed that the National School Meals Programme will be catering to the gastronomical needs of the Antiguans during their stay at Hawksbill.

Residents from all sectors took to social media to give praise and express their thanks and gratitude to all the players, including the airline and the crew that brought the students home.