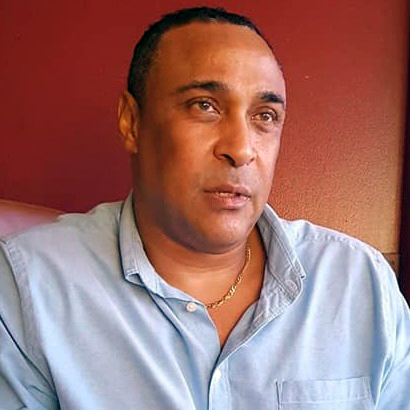 The United Progressive Party (UPP) candidate for the Constituency of St John’s Rural East, believes that a new diverse representation is needed to match the growing changes of the country’s population.

Sean Bird said that a canvassing of his constituency revealed that around 90 percent of residents believe all politicians are the same, and that, along with the fact that 27 percent of the constituents did not vote in the 2018 election, proves that many individuals are growing tired of the same political candidates being rolled out each year.

This, he said, is a growing concern for him and he is confident that the new UPP slate will change the mindset of the people.

Bird stated his belief that the UPP is doing just that with his appointment, given his family’s political history with the Antigua Barbuda Labour Party (ABLP).

Bird was named a UPP candidate earlier this year following his victory in a primary in which Vere Cornelius also made a bid to represent the UPP in the Rural East constituency.

“From our canvassing and from our observations there are a lot of people, because the generations are changing, and therefore they are asking for something different. I believe that we are addressing that. We have brought new candidates together from diverse backgrounds and they are coming forward with little or no baggage. You can’t progress in life and don’t have skeletons in the closet because that is where you garner wisdom from, your mistakes.

“So, what has happened is that I think the political leader and the leadership of the party have done a good job in answering the call of the people who say we want something different. My candidacy on the UPP represents a change on the way we look at things and the way we will go forward,” Bird said on Observer AM on Tuesday.

He added that the need for change in the political realm is also being acknowledged by his political foes, more so the political leader of ABLP, Gaston Browne.

He said, however, that Browne’s actions are not working in his favour and is actually adding to the mindset of the public that “all politicians are the same and are crooks”.

“He has spewed a lot of things out of his mouth that people are not happy with. You are the prime minister of this country; your job is to encourage people, especially in a season like this. So, when people see what the PM is saying and what the [UPP] political leader Harold Lovell is saying, people are making comparisons as to who fits the office of prime minister. They are also making comparisons as to what the UPP is presenting as compared to what is there. In a very challenging season, obviously, when you are under pressure you are going to look and say, ‘let us do something different’. The political spin and the political thing of attacking, that large group of people are sucking their teeth. It might appeal to a certain level of the grassroots but in terms of the larger middle class group, they are looking for content and a better way moving forward,” he said.

Bird believes that it will take one-on-one conversations, with members of his constituency especially, to sway their minds.

He is confident that the constituents of St John’s Rural East are open now more than ever to a fresh face and new plans.