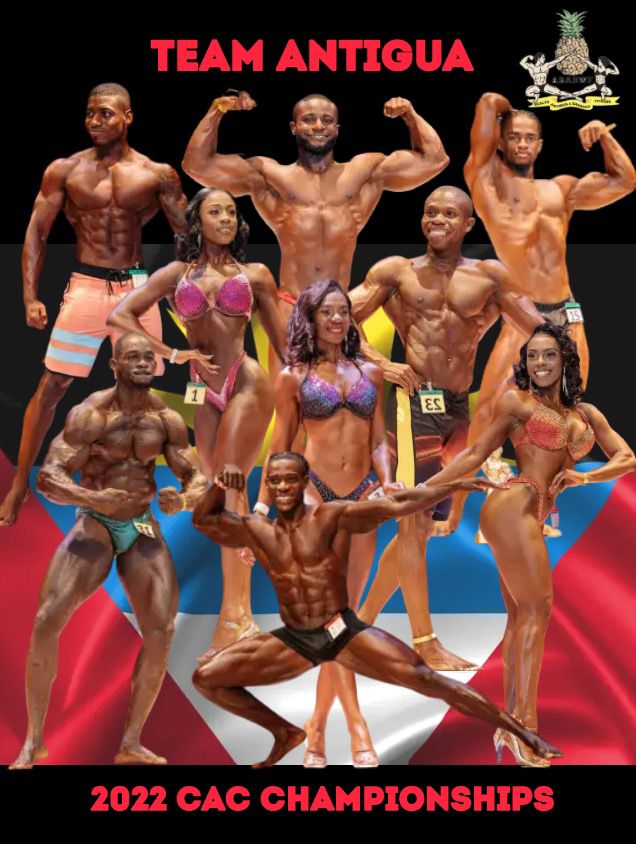 Coach of the Antigua and Barbuda bodybuilding and fitness team to the Central American & Caribbean (CAC) Championships and former Mr Antigua, Ollyn Martin, is expressing confidence despite the inexperienced nature of the team.

Speaking on the Good Morning Jojo sports show, Martin said he believes the country will have a number of top finishes at the championships slated for later this month in Barbados.

“The only person on the team who have been to the CAC is actually Brad Benjamin and he is still, I would say, a rookie in the situation too so all of them are pretty much first-timers but I must say, they don’t look like first-timers.

“They are all looking splendid, I think all of them have a fighting chance of actually winning gold or definitely being on the podium,” he said.

The team is slated to leave on Monday for the championships which will take place from July 29-31 which gives them a five-day acclimatisation period.

Martin said this could have both a positive and negative impact.

“It’s definitely a plus. It builds camaraderie and you get to see exactly what they are doing because sometime when you’re home and somebody gets too busy and sidetracked, but I believe that with them being there [in Barbados] early then they should be on track, they should be eating their meals and getting an adequate amount of rest.

“It is unfortunate they have to be down there for such a long time but there is still some positives in it so they should be well rested and ready to go,” he said.

Meanwhile, men’s physique competitor Brad Benjamin, who is the most experienced competitor on the team with just a single CAC appearance under his belt, is happy with his form going in.

“There is lots more improvements to be made but for now we just have to work with what we have just to get that tight condition in and just move forward with that but I am happy right now.

“We will go back to the drawing board right after this competition,” the athlete said.

National bikini fitness champion, Makiva Elvin, headlines the selections with Dwayne George and Steve Simon both set to compete in the bodybuilding division.